I’ve always thought about switching to a lowrider, because I really like the space my Schneewittchen has got (755x545), but for some projects it’s just too small (like chairs). Also, I have some chatter (minimal, but I hear it and it is driving me crazy) when it works in the center, especially curves. The additional costs and the fear of it being not as precise as the MPCNC kept me away from it until I saw what @Neilp did with his lowrider. The bee, the Kraken, absolutely stunning. The goal is to build a 1200x800 workspace, including a better vacuum table with plywood instead of MDF as the bottom board. Also, a torsion box table.

I pondered different ideas of the colours for several days, because I like them to have a theme:

First one to get in my head was Blue Steel, even though the Filament I got rather resembles Magnum. Blue/Silver/Black. 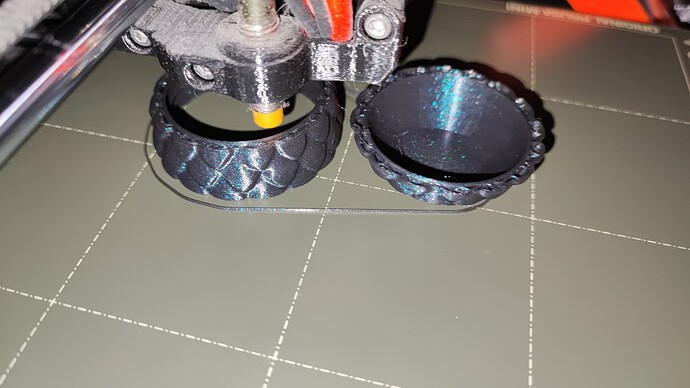 Then I had an idea to do something with Green/Gold/Black and stick to the fairytale topic. 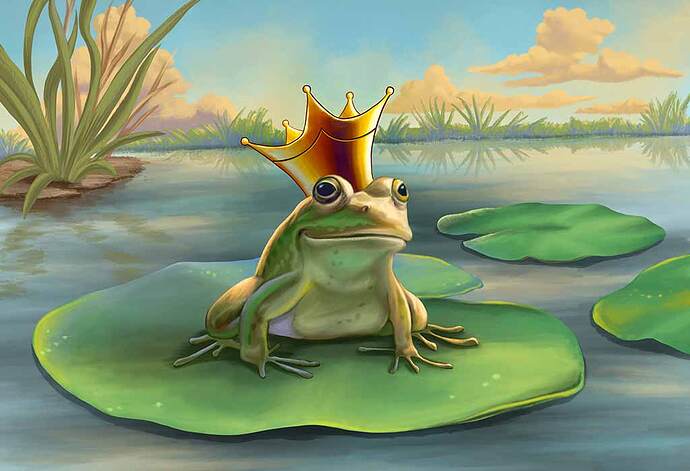 The last idea revolved around two things, first again a fairytale, The Huntsman from Snow White who is supposed to kill her. Which better analogy than to have him replace Schneewittchen… Colours would have been Black/Silver/Gold, alluding to my Destiny 2 hunter (yeahyeah, nerd…): 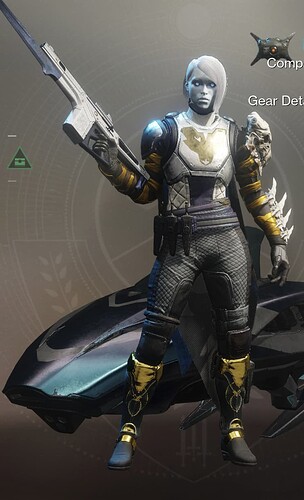 What will it be? Tune in tomorrow when the core is hopefully done.

I did source all the parts already, the rest needs to be cut. I again opted for the A2 Stainless Steel. Yeah, we don’t need it, but I like it.

I present to you: Der Froschkönig. Sticking with the fairy tale theme of the LR3 being more than meets the eye. 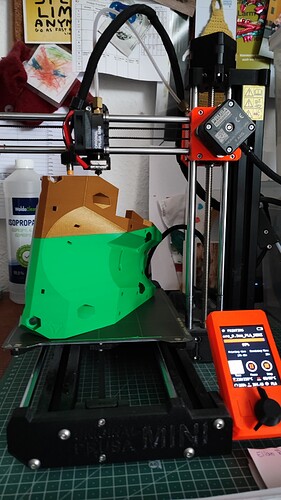 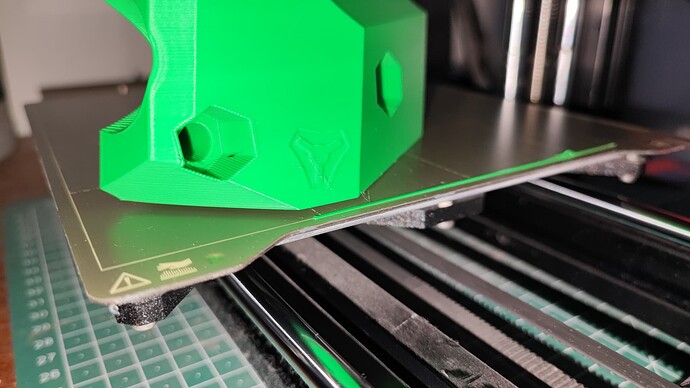 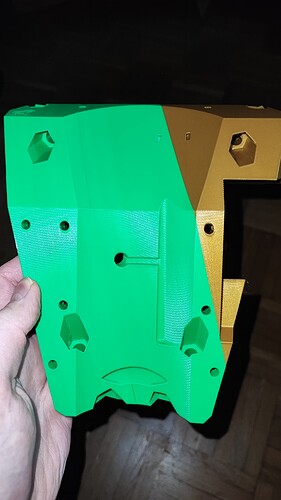 Some light warping (you can see the squished layers and a little mini gap at the bottom. I tried to break it, but it luckily does not work

), but only noticed after getting up with only 6h left to print. If it does not work I wil print a new one.

As of this moment, all the parts have been printed. I was admiring every part, turning it around in my hands and showing my wife and my visiting parents how great the parts were and how complex etc., going on everyone’s nerves. The only ones who still are interested in it are the kids. All the while I was thinking about how many drugs Ryan has been taking to design parts that are basically all different (compared to the MPCNC that basically had identical parts x4 plus the core). All of the designing and CAD-skills are too much for me to understand. I can do 2.5D and that’s nearly it. 3D is still hard.

Will upload a picture of the parts tomorrow, it is too dark now. Now I only have to hear back from the lasercutting business with the aluminium plates and for the linear rails to arrive. Aliexpress says on the 19th, so I am good with Chinese New Year, starting on the 22nd of January.

Also I have to mill the two missing parts and the strut-plates. This will still be done on Schnewittchen, digging her grave for her successor.

The Open CNC Shield 2 is kind of massive… 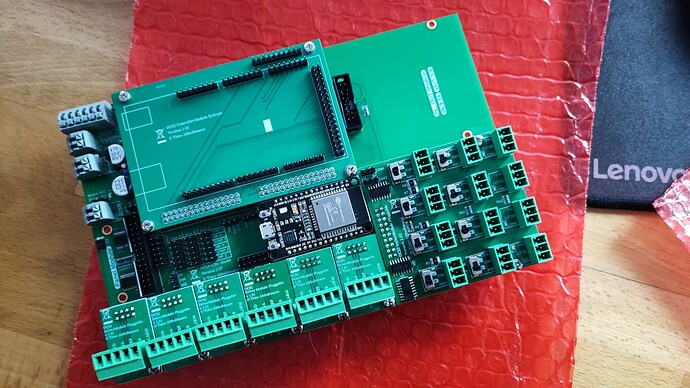 In my hubris wanting to use Estlcam I also forgot that I need to have a USB cable connected to the board at all times. My Lowrider is only going to be 800mm in Y, so it might work…

Okay gang, I have something to consider: Should I go crazy and commit wholly to the frog theme? Should my YZ plates look like this? I really like the idea but I am not sure it wouldn’t annoy me after a while. 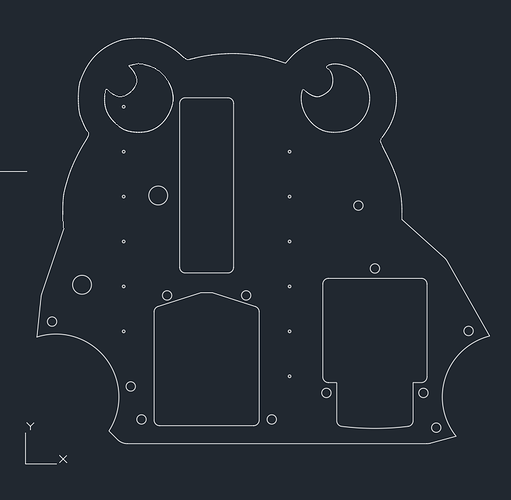 It definitely needs a crown on top!

I’d might print a crown later (and we all know there is only one crown to rule them all!).

I definitely know that that would annoy the hell out of me very soon.

make a detachable crown then! Just for the first pictures. 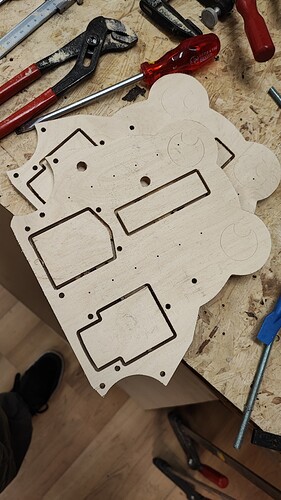 @kockie-nl There can only be one crown: 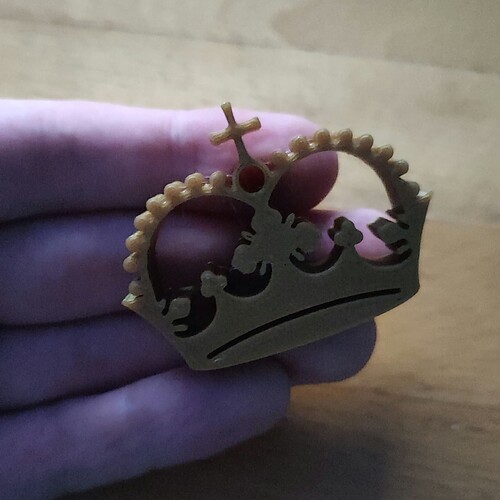 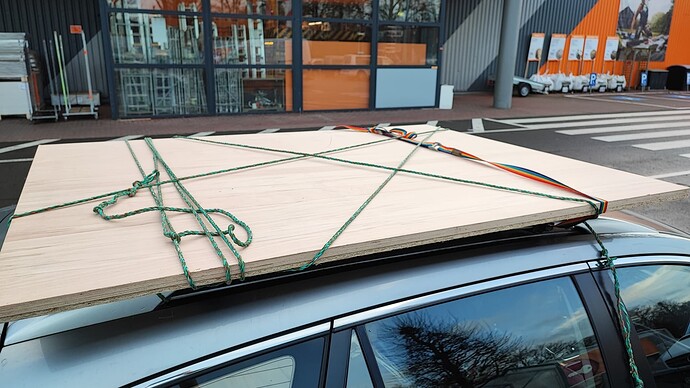 Shopping for the torsion box table. 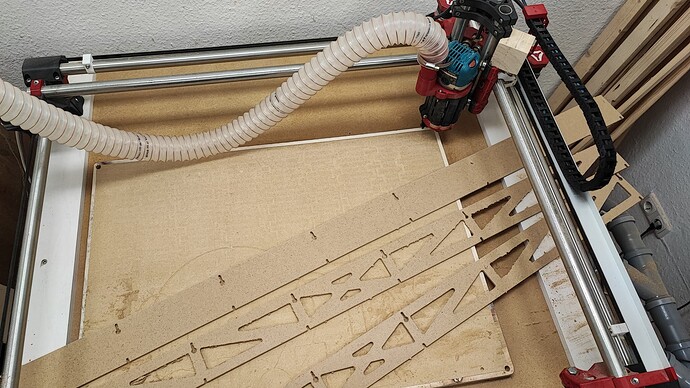 Schneewittchen cut her replacement. Used dowels to flip it over after the first half and I can happily say that the Primo is as square as it can be, everything lines up perfectly. Some sanding still needed. I just dislike cutting MDF or HDF. Ugh.

I decided to reprint the core, remembering how important 0.5mm were on the Primo. My green is nearly empty though so there will be more gold and two filament changes if I am unlucky. Upped the temp of the bed to 65°C and cleaned the print plate like it has never been cleaned before. If it fails again I have to buy new filament. Uff.

I don’t think this core is nearly as sensitive, in the worst case you shim the router a bit left to right. My router is a tram as I can measure and it took two layers of blue tape about 1" long behind my lower spindle mount.

Oh, good to know. The second one comes loose at exactly the same corners, but only 0.2mm or so, maybe the Mini does not heat the bed to well in the corners of the core’s corners are to sharp for good adhesion on the Mini.

At least it’s good to know I could use the other one should this one fail. Don’t tell my wife, she is mad about another print in the night. 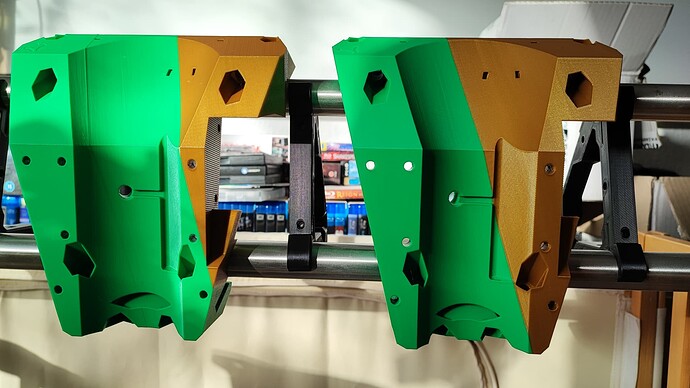 Old on the left, new on the right. Green was empty, so more gold. Looks better I think. 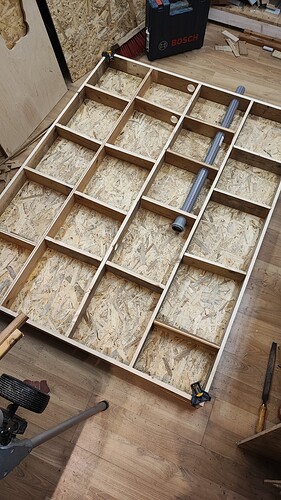 Table also making progress. Going to get a nail gun of a friend, then I can actually put the table together. 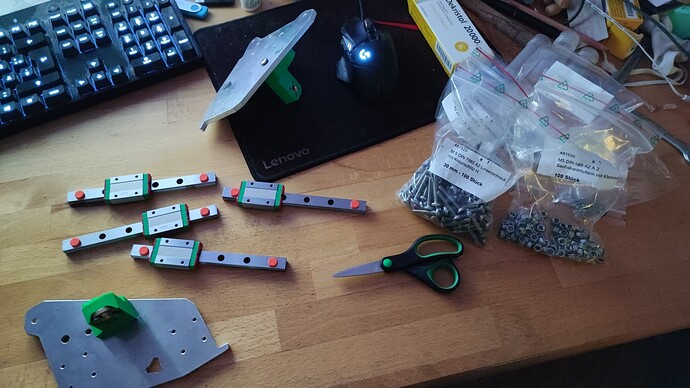 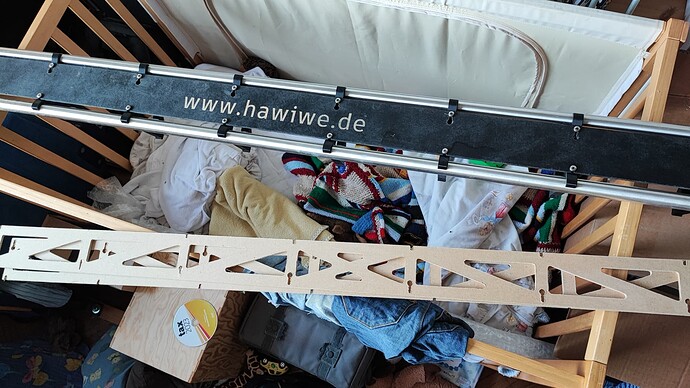