Just a few images of my LR2 to LR3 build. If you notice I have used the existing Y v groove to hold the new Y tube in place using superglue at the moment but will fix with epoxy once everything is aligned properly. I had to use a converter for my spindle. Ender 3 printed core in 13 something hours using a .4mm nozzle which I was impressed with. If your Ender 3 tells you that it’s over 1 day to print then download the Ender 2 Pro machine and profile from here, I saved hours of printing using these. 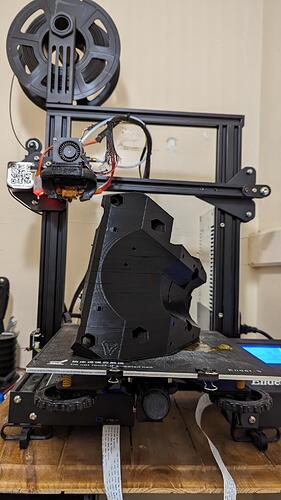 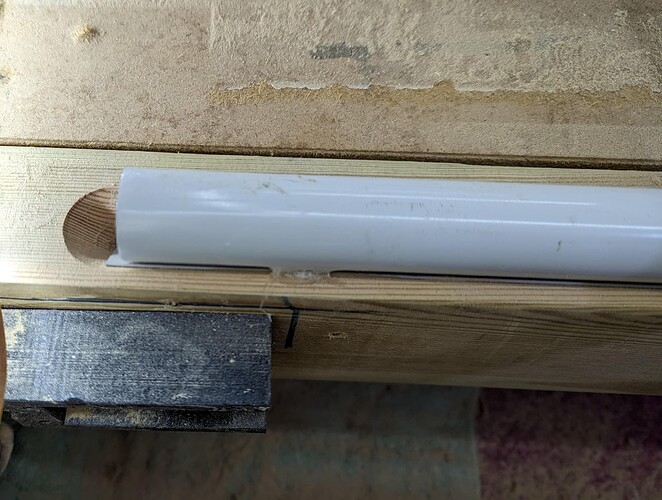 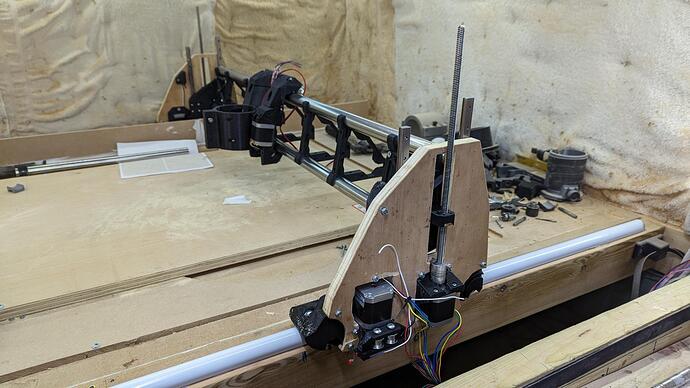 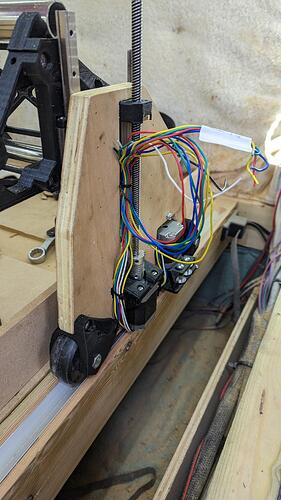 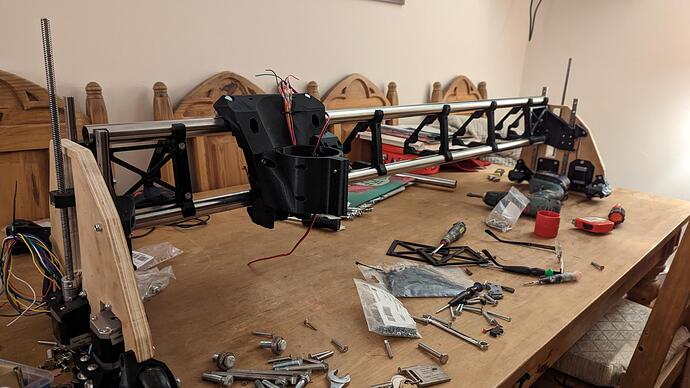 Thanks Doug, not as good as your plasma build but it’s getting there.

I notice you have a custom tool mount. Is that for a spindle? Is it something you designed?

Afraid not. I got it from 80mm Spindle mount Lowrider 3 I’m trying to alter the lower part to fit my sculpfun s9 but I need a little more practice in Sketchup.

That link you posted looks like a shim for this design:

Which is a nice looking design.

Just googled for what is “sculpfun s9” and it looks like it’s a laser that you want to mount in addition to a router.

Where are you planning to add the laser mount? Tool mount itself, as opposed to the dust shoe mount?

So I guess that means the dust shoe add on?

Those big flanges on the front of the tool mount, for tightening it seems, would possibly be a place to secure an add-on.

Yes sorry, it is a laser.

I was thinking of altering the shoe holder on the opposite side of the hose where there is a space but it may be easier to add to the tool mount using longer bolts.

In looking at the Printables listing for the tool mount, I see at least two pieces in a single 3mf file, but there may be at least one more piece.

Does the dust shoe (bottom portion) have more than one part? Is there is a slip on part?

The bottom is 1 piece, I printed this off yesterday just to see what it was like in the flesh. There are 2 openings with 1 nub on each side but don’t know what these are for.

I’ve just noticed that I have a wobbly leadscrew. I’ve found these 2mm pitch with 4 start thread? Would these be ok as replacements for my LR3?

The bottom is 1 piece

This makes me curious about its allowance of access for tool changes. One of the great benefits of Ryan’s ingenious design is it has a dust shoe part that is separate from the mount, and it slips off for tool changes and back on for dust collection.

I’ve just noticed that I have a wobbly leadscrew

This can I have more than one cause.

If you remove it from the LowRider, lay it on a smooth table, and roll it, if it is bent you should see the wobble when it rolls. If it displays straightness, no wobble, then it’s wobble on the LowRider is not caused by a bend, but rather by a misalignment.

If I had a lead screw with a mild bend in it, I would probably think in terms of trying to straighten it, as opposed to just outright replacement.

Good point, I was wondering about that but waiting to fit the router to check access. Maybe I printed the part out wrong as the 3d download has all the parts in the one file.

Normally the designer of a thing will have the individual parts as separate files for each piece.

I’ll check the wobble by rolling it, when I move the z by hand I can see the leadscrew wobble and it’s harder to move than the other side.

Finishing off tomorrow so time for testing etc.

We need more videos on YouTube of your machine cutting metal

Normally yes but there’s only one file, I used the windows 3d utility to split the parts.

We need more videos on YouTube of your machine cutting metal

I have already used it to cut a wonderfully intricate huge piece of wall art, that is almost 2‘ x 2‘! I did shoot video while I was cutting it! It was an ambitious project for my first real cut. I learned a lot! And I was able to get a successful usable end product! Video coming as soon as I can get it out!

Great, I’ll be keeping an eye out for it! We need more lowrider 3 videos on YouTube, spindle, plasma and laser. I’m going to have to do some.