This isn’t something that was built with a V1 machine per se. Rather, it was something that was made with the confidence gained from building my first machine - a Lowrider 2 in 2020. (Plus my friends and wife DO NOT care about this stuff so figured someone here might!) 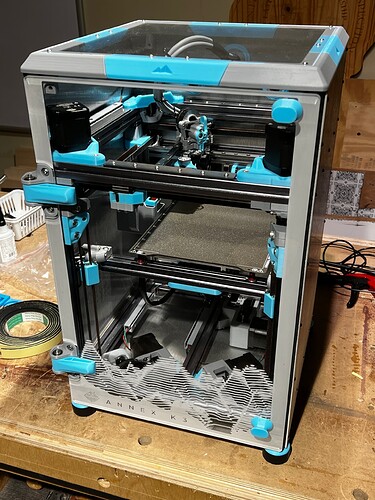 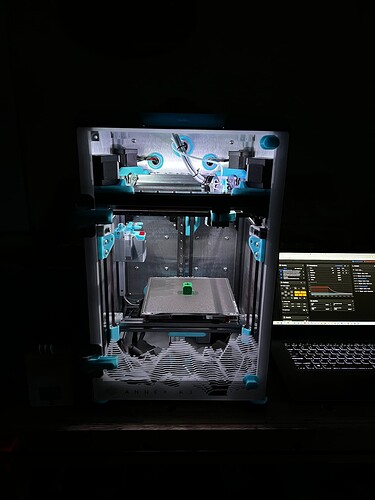 This is an Annex Engineering K3 an advanced 3D printer you build and source yourself that can print crazy fast and accurate. While there is lots of tweaking and improving ahead, it currently prints at 300mm/s @ 15k acceleration. To put that in perspective my first Ender 3 printer moved at 60mm/s @ 3k acceleration. 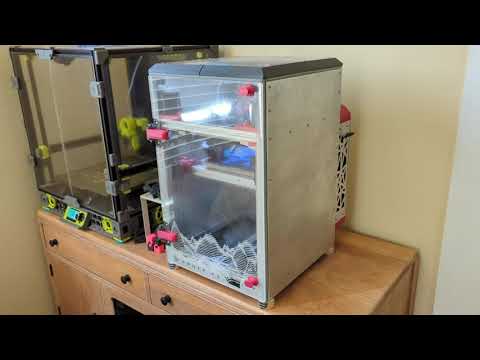 Without the knowledge and confidence gained from the community here there would be no way a middle aged man with an art degree and no engineering experience could build something like this. Thanks to everyone who helped over the years. This is a really solid, friendly community and the machines designed by V1 are not only exceptional in their own right, but give you a great foundation to build on. Cheers everyone!

That is pretty nuts. I just looked it up, You are using the new wormdrive extruder?

I really need to try a flyweight extruder and see how fast my printer can go. The Hemra is bulletproof but it is pretty heavy.

I’m using the Sherpa Mini. The community said that it should perform about the same when talking 24v. The 48v dragsters would benefit more with the Folded Ascender worm gear from what I understand.

Sherpa Mini is super light and surprisingly good. I built a Voron 0.1 and replaced the mini afterburner with an LGX lite as soon as I could but the Sherpa is awesome. The Sherpa Micro is even smaller and you have access to the large gear for manual loading/unloading. Both use BMG internals. 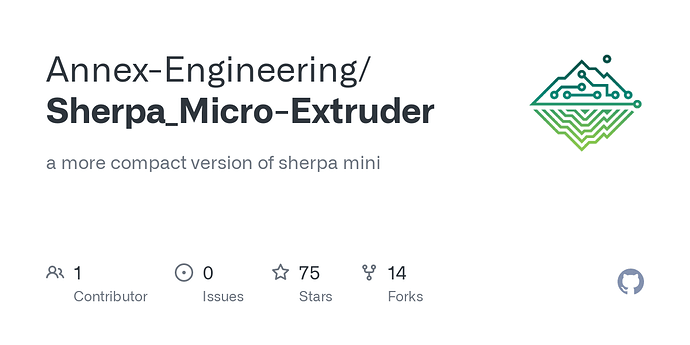 a more compact version of sherpa mini. Contribute to Annex-Engineering/Sherpa_Micro-Extruder development by creating an account on GitHub.

What hotend did you strap to it?

Mosquito Magnum with a 0.4 CHT nozzle. A lot of builders use clone Magnum+ but I’ve tried my hardest to keep my sourcing in the US. Plus then your bottleneck with UHF hotends is cooling and on and on…

Super interesting. I really need to try lightening the load but buy the price tag for extruder and hotend is hard to swallow. If it saved me time, times eight printers, I bet I wouldn’t complain about the price…I just need to sift through all the new hotends and try to find the right one.

Dang. 8? Yeah that’s a tough one. Bed slingers wouldn’t really benefit from a light carriage so you could cross those off. You might benefit from an LGX Lite on other motions systems though. Costs a little more than a Sherpa build but it’s ready to go. Nice tensioning system. Lots of adapter plates. Could get away with using the same heat block and break and add a CHT nozzle to increase your volumetric flow rate.

I had not seen that one, how much more is it that a sherpa after sourcing all those parts and all the shipping (or does someone sell kits)? 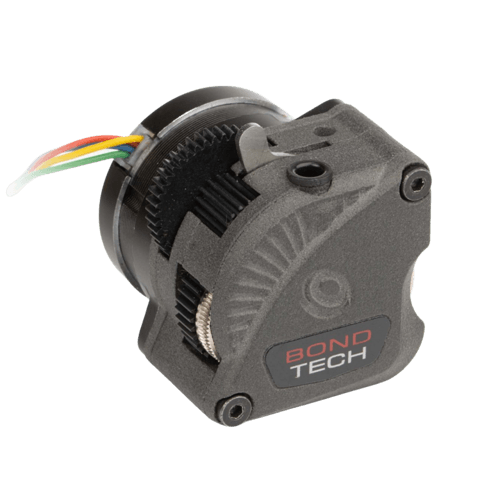 The Bondtech LGX® Lite is a filament feeder based on the LGX® Large Gears eXtruder and uses Bondtech’s new Dual Drive Technology with larger drive gears.

Sherpa Mini kit is one open source deals where your going to have all kinds of pricing. LDO is a good brand with a kit at $60. Probably less if you print the body which why wouldn’t you with 8 printers. Put a box over one and print with ASA. 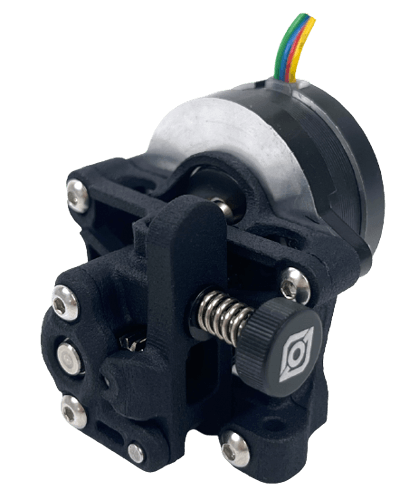 In stock, ready to ship. The Sherpa Mini Extruder is a dual geared hobbed filament extruder designed for use with any printer. It features a 50:10 or a 50:8 gear driven design to provide torque while being able to be near silent. You must perform...

A CHT nozzle would cost about $20 if you need to increase your flow rate. I improved mine by switching by about 8 cubic mm per second which is dang good. 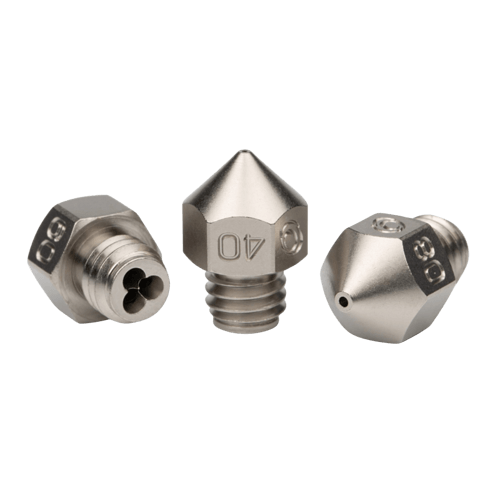 Bondtech's CHT™ nozzles split the filament into 3 thinner strands allowing to melt the material from within. In doing so, the material melts faster and higher flow rates can be realized. Made of nickel coated brass. I really appreciate all the info. I am seriously considering it. I like filastruder, I never saw that kit there…hmmmm.

No problem. I don’t know if there’s any advantage to getting the SLS printed parts since they are FDM designs but one less thing you have to worry about.

What are the non bed slingers that were in your picture? Your design? Let me know. Thanks!

Yup second corexy design for me. I actually just revised all the parts a tiny bit for slightly better looks and fit on a few parts. MP3DP v4 - V1 Engineering Documentation I have been taking some notes so I can whip up a BOM to add to the CAD, and maybe a few instructions.

I should have less moving mass than the one you showed but at speeds that high and those accelerations the extra rigidity yours has with the dual gantry rails might have the advantage.

I’m running mine at about 12^3mm/s flow rate, cooling really starts to be an issue at that point. So minimum layer times factor in. I have an idea for a better print fan angle but I have not had time to hash it all the way out yet.

the extra rigidity yours has with the dual gantry rails might have the advantage.

And the extra motors on X and Y! Yeah it’s stupid…

I really like your design. Using the lone linear rail for the X gantry instead of strapping it to an extrusion removes a ton of mass I bet. Got a friend looking to get into the hobby. Perfect op to build one!

That chonky Hemera would limit your speeds and accels huh? Maybe the lightweight extruder could free up weight and space for dual 5015s? Or even 4010s?

Ryan, if you got rid of some of those, and added water cooling, you could go a lot bigger:

MPCNC Made In China: New Build! Your Builds

Some nice progress these past days! Almost all the hardware is done, only the carriage remains to be printed as well as a few little stuff. I added the top frame. It’s not a structural thing so it’s not there for rigidity, i’ts mainly here to support the drag chains and provide an easy way to enclose the whole printer if I feel the need to do so later. I can also put some kind of plank over it an use it a a giant, expensive and uncomfortably high table. Anyway, here is how it looks now: [IM…

Oh wow. That is awesome.

First of all, this is an extremely impressive machine. Well done! I’d love to build this thing…

Second, whenever I see machines that can handle these speeds, the examples typically show them printing larger parts with a bunch of rounded corners and geometries. How does your machine perform on smaller parts with finer details or squared edges? Do you need to slow it down a bit in your slicer settings to account for rapid direction changes at the corners? Do you get good bed adhesion at the corners when moving that fast?

I’d be interested to see a Benchy print on your machine. I know a Benchy is pretty rounded in most cases but it does have some smaller and more drastic movements towards the top (boat cabin and exhaust stack).

The video linked does show a bed full of parts. I am sure printing the first layer slow for adhesion is good and I think as long as you can cool the previous layer just enough not to curl fast printing probably make very nice parts as the whole bed of parts has less time to cool between layers.

I have definitely worried about that, though. I print at 55mm/s with a larger nozzle and that is so much heat I have to set a high minimum layer time to allow for things to harden up enough to print on.

So I think the simple answer is single prints will look just like a regular printer, they have to print slow to allow for cooling.

You’d be surprised. Once I get back in town I’ll print an example.

I’m not a mechanical engineer but with the crossXY gantry and the super rigid and constrained carriage it can handle corners very well. The hotend has a thin metal plate attached right above the heater block that is tied into the carriage which keeps it from shifting on fast corners. Square corner velocity (jerk) is 15mm/s right now but that is the minimum for the machine. Once I’ve got it tuned for PA and IS it should be able take corners faster.