After seeing how long it’s taking LR3 components to get anywhere, i thought I’d get a shopping list together now instead of waiting to finish the draft table (got some MDF for that guy today).

Pretty sure this one needs to be direct drive for squishy plastic, but I haven’t chosen a hotend or extruder yet. I’ve never been up on what’s what in this area, either, so I’m not sure which way to go. I know it was developed with the Hemera in mind, and the H2 looks similar and very light. Something else? I’d like to reserve the option for high-temp plastics as well, so I’m saving the dual-extruding PLA for the next build after. edit: just saw the orbiter 2.0, looks like fun.

Also, Google is letting me down. I was searching up mgn12h rails on amazon, and I came across a listing for mgn12h blocks on an LML rail. I found a reference to lockable bearing blocks, but these blocks aren’t those. The rail doesn’t look any different to me. It’s it just the naming convention of the rail vs the block?

Dug out a board I bought, and it turns out to only have 5 drivers, so I’ll need to get a new one. Any reason not to get the skr pro that Ryan used? I also have 5 TMC2208s that I bought with it, so maybe just pick up one extra and use them?

Finally, I’ve got a couple of the full graphic lcd screens kicking around. What will I miss out on using one of those instead of the TFT?

Hey Tony, I look at the link you posted and something does not look right to me, the last picture looks like the rail is upside down.
When I build the printer, I had left over rails from a previous project, so I didn’t need to buy any, but here is the link from Amazon, MGN12H for what I use.

Any reason not to get the skr pro that Ryan used?

No reason at all, If I am to build another one I will get the board from him.

I also have 5 TMC2208s that I bought with it, so maybe just pick up one extra and use them?

Yes, you can do that.

Finally, I’ve got a couple of the full graphic lcd screens kicking around. What will I miss out on using one of those instead of the TFT?

When I first build the printer, I used the TFT screen, the touch mode is not quite there, and I end up using marlin mode only. So… you can use the full graphic lcd if you don’t care about touch mode.
As of today, I’m running Klipper and Fluidd headless, but I’m planing to add a 5 inch LCD Touch Screen that has been seating in the shelf for about 2 months, I just need to find time to move and re-wire the Raspberry pi.

Yeah. It looks like they’re showing the bottom. The bearing block is upside down, too.

Right, that’s what I mean, kinda strange though.
I would go with something else…

Will the xyz steppers from an Ender 3 suffice for the bed? They are kinda dinky and no gearing, but there ARE three of them…
I don’t have any other projects in mind for these, so they are collecting dust.

Also, what about sensorless homing? I think I read that it’s less precise (repeatable) than switches, but does that matter for anything other than restarting failed prints?

I dont think the Z steppers are going to be too picky, should be OK. The Z axis might not move as fast, but that isnt needed most of the time.

I use the SKR Pro 1.2, it’s a good board. I’m experimenting with a RepRap Firmware port for it. I think the next step will be to actually connect it to the printer, but I’m waiting until I have more of a gap between print jobs. At this rate it will be put int practice on the kids’ Repeat build…

Awesome, thanks. I guess if they end up not being able to hold up the plate + print or whatever, they’ll be easy to swap out anyway.
I just placed an order for the board, drivers, rails, wheels, pulleys, and cf tube. Ended up getting 2209s, since I couldn’t find just one, 2 were almost 10 bucks, and this way I can store the 5 socket board with the 2208s. Just gotta find a project for those, now.
edit: up to $490 already…mosquito + LDO Orbiter 2.0. Looks like all I’m reusing from the ender is the hot bed and power supply.
If this goes well, I might get to build another…dual extruder bowden.

Current printer board got the usb socket ripped out. This will make it difficult to print the parts I need.

Working on the archim now, maybe I’ll get it to work. Otherwise, out comes the rambo!

Thinking of saving the 24volt ender bed for the next printer and buying a 110v bed. Are SSRs really 50+ bucks? Or am I looking in the wrong place at the wrong specs?

Never cheap out on something that fails closed. This is the model that’s in my printer. 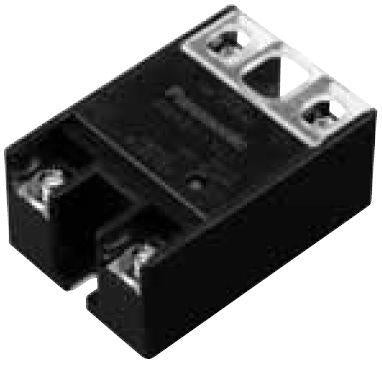 $30 is better. Cheap SSRs aren’t an option because I agree with you. But the 24v need IS still an option.

The xy linear rails delivery got pushed back to august now. Might show up about the same time as the replacement z rails now.

Pretty sure everything else is received, unless I decide to go with the AC hotbed. Honestly the 24V gets hot enough fast enough, so really the only reason to use anything else is the size and I’ve only come across one part (that I probably don’t need to print) EVER that wouldn’t fit on that.

I should really spend some time putting the gantry together in CAD, but soooo many projects going right now.

All parts except hot end mount etc are printed, hardware is collected.

I was going to ask whether i should start what i have, but I don’t be able to leave it partially assembled for a couple months, so never mind.

That stinks. Is there a way to get a different set quicker? I usually don’t mind waiting, but this seems long enough to look for alternatives.

There is, but it involves paying a lot more. If it were the only project I was working on, maybe I’d pay up.

I’m plenty busy in the mean time and you may have noticed…a bit stingy in the wallet.

There is, but it involves paying a lot more.

You can have fast, cheap and good. Pick 2.

I have all of the hardware for a Repeat build sitting in a box except the heated bed. I don’t want to get started on it until I have that last piece, because the bed size drives so much more about the build… Well, the rail size too, I suppose. I have all 300mm length. That precludes the CR10 sized build area, and that seems to be the majority of what I can find in “good + cheap” category. I’m sorely tempted by an Ender 5 heated bed that’s in the “fast + good” corner just to have everything that I need to get started… Or else get a set of 400MM Y rails, and build another big printer.

There’s another axis, which is the amount of time you spend shopping for it. If you dig further, you can get some faster or cheaper. But I don’t enjoy shopping either.

This is doubly true for things that are available locally.

In order to avoid breaking the model, we’ll be allocating time to both “fast” and “cheap” using a weighted distribution function that considers the efficiency and quality of the searching being done (expect quality search time to have a higher “cheap” allocation factor, reflecting the true value of time searching and lower quality searchers to have a higher “fast” factor to reflect the true value of time searching).

After reading Jeff’s (always) thoughtful comments on the v2 thread, i had a look at cr10 300mm beds. As great as it would be to have a mains bed that heats in under a minute, I think the 24v bed will be adequate and not disappoint me. I’ll save a mains bed for following in Dui’s steps, lol.

I’m the meantime, if i umdeestand this printer correctly, Ytravel = rail length - truck length? I’m attemping to use stall guard for homing, so I don’t need any fudge for endstops.