I had a friend stop over today and really liked the mpcnc and the laser. He has a small side business that he would like his company name etched on a wood dowel. Anyone have any ideas on how to add a new stepper to rotate the dowel after each line etched?
Curt

There are a few stepper driven axis on thingiverse, they look like a lathe. You can just substitute that for one of your current axis and have rotation.
I think it should be just fine. Worse case fusion360 can handle an actual rotating axis but I don’t think you need it with a laser since there is no depth change (if that even matters).

I am also interested in this (Curt and I seem to share a lot of interests!). This is the only one I’ve found on thingiverse so far: http://www.thingiverse.com/thing:144156. It’s laser cut, but we should be able to do that. The main problem is I’m not sure what to search for. I found this one with a search for “rotational axis”.

@karl
Thanks for finding this item. like you I do not know what to look for. I think this is close to what I might need but I need something for smaller dowels. (3/8-1/2" dowels)

Update 9/27/2015 I have included the V3 files. I have split the head stock into 2 parts for easier printing and to reduce the amount of material needed to print it. I removed the bearings from the tail stock as they were not needed and made the...

I don’t think that is complete, sorry. Nothing else is coming up. I guess I have a new project.

I thought that one had a lathe chuck that fit it and a live end, he must have changed it.

Hmmmmm. Thanks. This gives me a place to start. Curt

Have a look at this forum thread for an idea to use our Y axis motion as a simple 4th axis, no additional stepper motor required. Pretty ingenious idea!

There are some cool modifications to Bob’s idea further down the thread.

I can’t wait until someone adapts this idea to work on our MPCNC. I’ve been mulling around a few ideas but don’t have a prototype yet.

That is so slick I love it.

First off is that too much too complicated? If so we can just make some sort of plate you can screw mount things too instead of clamping.

Then rig up the gregs wade gears to run it, or I guess to make it really simple custom gears so the steps per mm would not need to be changed in the firmware. Then CAD up a stand to hold the stepper, gears, chuck/plate, done! Then just plug and play. as for the other end it can either be another chuck/plate or 2 bearings v holder to hold the stock since force will only be applied mostly in 1 direction.

hmm dang it I want to prototype but I have to pack boxes.

I’ve been looking for a reason to make one of those chucks. I think I’ll try to make it work with Bob’s 4th axis idea so I don’t have to incorporate another stepper.

Also, THANKS for all the work you’ve put into the MPCNC project!

Glad you enjoy it!

This might be a really cool add on, can’t wait. I’m sure there will be a few different kinds now. That makes it fun.

Ryan,
What is the gear ratio for the X & Y axis? I am not sure if I want to start with the files that you linked or the one that Karl linked but I will gear the stepper appropriately to rotate the same distance as my x axis would move for one line.
I am looking forward to seeing what Tony, Karl and I can come up with!!

I want to join the 4th axis club too. Saw this on thingiverse. Looks pretty easy to build and modify.

For really small diameters I’d be tempted to just attach an ER-16 collet to a stepper shaft and call it a day. 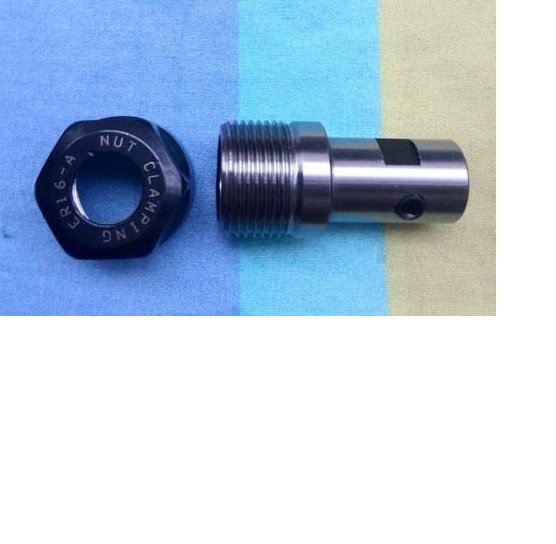 When I read this, the first thing I thought of was the eggbot. There have been several interpretations on Thingiverse, and this guy even used Marlin firmware along with a RAMPS board. Of course, the rack and pinion idea is absolutely brilliant too. Please keep us posted on this project!

Here is another one that only uses i stepper
http://www.thingiverse.com/thing:299018

Going to revive an old thread here but has anyone made any progress on setting one up for the MPCNC?

With help of my buddy who made the request we were able to use a single stepper to turn the dowel. The dowel we are using nearly perfect match up to the belt/gear ratio Ryan set up. I will post some photos of the holder and the dowel after a laser burn. Curt

Interesting… I guess yea every time you use a different sized material your steps would change.

I would like to add the ability to laser engrave or mill round stock as well.