At the moment I’m waiting for aliexpress to ship me stuff for a plotter/laser H-bot. In the meantime, my fingers are itching for a project using stuff I have. The freshnes of the new year is great!

I’m thinking of making a simple tumbler that I can use to roll a long and cylindrical pickle jar (3ltr). Then I can put this contraption either in the freezer, or outdoors if the temperatures are low enough. My plan is to make ice cream this way.

From what I have figured out it seems like the ice cream machines have two functions: to make the mass constantly move, so that crystallization doesn’t occur - and to whisk air into the mix, so it becomes more fluffy.

BUT - I’m not sure if rolling a canister would be good enough to make ice cream! What do you guys and gals think? I guess the correct answer is to try it out - and let everybody know the results

the thing is that I can’t find anything on google on this topic, if it’s possible to make ice cream using a tumbler. I love it when I reach the end of google (that happens suprisingly often!), but at the same time, if it’s a idiotic idea, I’d rather have someone telling me before I fire up the printer…

Ha, ha. Fun! This is a pretty common activity at the annual STEM event in our town. They use two coffee cans with Ice and rock salt in between but I don’t see why you couldn’t skip the outer can and ice/salt mixture if it was was already cold enough outside. You could also dual purpose it as a rock tumbler using a different container. My girls always loved to collect rocks and polishing them in the tumbler really makes them pop. Have fun and let us know how it goes.

Wow, this is amazing! When Google fails, this forum delivers - again and again. This video clearly shows that it’s feasible.

You have convinced me, I’ll proceed as as planned and give a proper report - both on execution and taste. Thanks a lot!

You could also dual purpose it as a rock tumbler using a different container. My girls always loved to collect rocks and polishing them in the tumbler really makes them pop.

This is also a great idea. My daughter loves to collect rocks, glass shards and treasures at the beach. Polishing them would be delightful for her. Having multiple uses for the machines is also good for wife-goodwill

Do you have a DC motor? Steppers are very precise, but you probably just want to turn one direction with a speed control. DC motors are great for that.

Some of the quick ice creams machines have you put the insulated cylinder in the freezer for 24 hours. I have one of those.

But it also has a beater that in addition to stirring the solution, also beats the air into it.

We made ice cream in zip lock bags this summer. It was crazy and worked well. Cream and sugar in the little bag, then put that in a big bag with ice and salt I think and shake the daylights out of it. Didn’t take long and it was good.
Something like this -Make Ice Cream Using a Ziploc Bag in 5 minutes - Homemade Ice Cream, No Fridge! - YouTube

I did that too! Didn’t mess with my stomach like grocery store ice cream, either.

This is great! I’m firing up the printer

Bonus points if whatever you build fits in my freez…errr…a freezer.

Haha - that’s why I came up with this idea at this time of year. Right now it’s -8 to -10C outside, perfect ice cream temperature. But honestly, if the ice cream gets as good as they say - then it’s worth tidying a little in the freezer!

Do you have a DC motor? Steppers are very precise, but you probably just want to turn one direction with a speed control. DC motors are great for that.

Yeah, my plan is to use a smallish dc-motor, but I’m suprised by the speed. About 20rps at 5 volt, and it doubles quickly when increasing voltage. I’m afraid 5v doesn’t give enough torque, but then again, if I make a huge gear it could work well enough. I’m thinking that 0.5rps is a good goal.

Edit: recondisering my motor options. I have a huge 50v DC motor. It runs reaally slow at lower voltages, and is totally silent. I will use this instead (as long as it doesn’t need to go in the freezer). Making gears is noisy and bothersome. Then I will order this: https://www.aliexpress.com/item/1005003187131964.html for the version that goes in the freezer

Yeah. That trade off for torque/speed is the big decision. You will probably need a lot of torque. Gears are noisy, but a single belt can be good enough and not too noisy. But maybe keep that in your back pocket for v2. You will know more about how much torque you actually need, and shat the consequences of speed are.

Super rad idea
You could also use it to make a parts polisher with those abrasive triangles.
one of those older slurpy machines that has a Freon cooled basin would work as well. Just brain seeding. 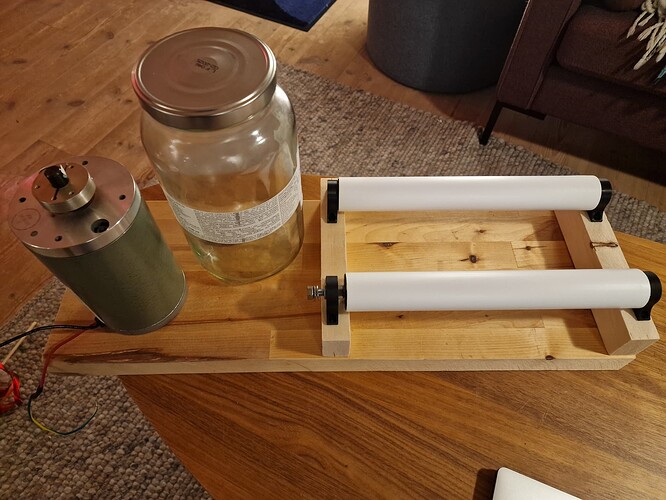 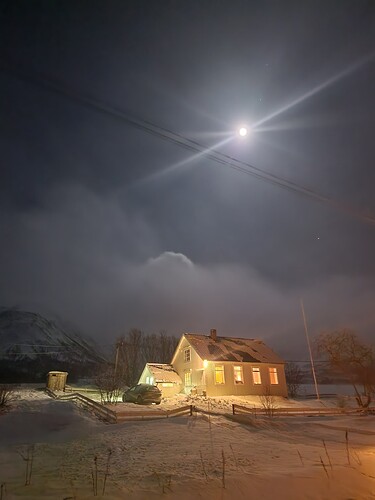 Looks like you could swap out the DC motor for a stepper and use it as a rotary attachment for your laser when you’re not making ice cream.

We have one of the ice cream makers that you put the canister in the freezer. It works ok for soft-serve type ice cream.

It doesn’t get cold enough to make ice cream outside here (not often at least).

I’m saving up for one of the counter-top ice cream makers with the built-in refrigeration unit. They’re pricey, but oh so nice.

The thing with the compressor-based ice cream machines is that they are noisy! Honestly, you have to run it somewhere else than in the kitchen if you want to keep a conversation.

Those machines that use freezed canisters are annoying, because you have to plan ahead - and they don’t produce a lot!

Those machines that use freezed canisters are annoying, because you have to plan ahead

I actually have 2 of these, because I couldn’t find one… until I bought a replacement for it.

The tubs just live in the freezer, so no real extra preparation needed, just dig it out from under the frozen veggies.

I’ve been meaning to offload one of them, but I can’t decide which one to give away.

There are most definitely times when it wouldn’t take much to make ice cream outdoors here (we were getting forecasts down to -50° in December.)

The machine basically turns a paddle in the frozen bucket until it gets too stiff for the motor. That keeps the milk/cream/irish cream slurry from freezing too hard on the sides and keeps the final product aerated.

Maybe I’ll make an outdoor version… or maybe just scrub out a cement mixer and put a paddle i it.

Sorry - I don’t want to talk down your ice cream setup! I just need to justify to myself (and my wife) why I need to make this specific machine - and why I can’t be bothered to wait for more suitable parts from aliexpress…

The canister-method works well, I’ve had ice cream made by it, and it was surely delicious! I was just triggered by the fact that it was perfect temperature outdoors for ice cream making, and that I wanted to throw together a quick project while waiting for the more serious ones. (well, serious depends definately on the eye of the beholder. To me, they are super important: a plotter/engraver and an printed RC Car (Tarmo5)).

The tubs just live in the freezer, so no real extra preparation needed, just dig it out from under the frozen veggies.

Same. My deep freeze has a small shelf over the compressor and under a little basket. Mine lives there inside a large zip lock bag so it doesn’t get dirty.

Take it out, use it, wash it, put it back in the freezer.

The thing with the compressor-based ice cream machines is that they are noisy!

True. But that’s what the garage is for.