First off, you are all bad influences. Canadian Zenxy build

Well I was at the hardware store getting castors, and thought I would ask about this emt tubing. And sure enough they had 23.5mm tubing there so I bought 20’ for 42.00 cad that’s about 3.50usd.
So I guess the struggle begins now, I will start printing tonight. I was wondering about one question.
If a guy was starting from scratch what kind of board would be decent?
I have a mpcnc with a skrpro v1.2.
It would be nice to use the same board just bc that’s all I have messed with.
And for the 23.5mm I would print Ryan’s 3/4” conduit files iirc.

Pretty much any board can work. Something with TMCs (2x) would be best. Because they are quiet. After that, the main concern is size, which the skr pro epically fails at, but it will still work. If you buy a board, I still think the fluidnc 2x TMC board is the best. But there isn’t good documentation yet.

Just starting to get a handle on FluidNC. The board Bart offers is nice and small. I have a config for the older pen laser board (it is a bit smaller), I think the newer board will use the same config just need to edit the pin numbers.

ZenXY needs 1/2" EMT too, for the X axis. I really enjoyed building mine, and I’ve got a set of printed parts ready to build the next one, might end up as a Christmas present.

I like the Bart Dring board, which I used for a friend’s build, but mine runs on a RAMPS stack. The drivers are a little louder than the TMC but it’s still acceptable to me, the ball rolling through the medium makes about as much noise.

The Bart Dring board I used was the older one and running GRBL-ESP32.

Yes I just realized that I need some 1/2” conduit as well thanks for the heads up.
Also thanks for the tips on the boards. I am still very new and don’t fully understand them. I will have to do some sourcing and see if those old ones are available maybe on eBay. Also the end stops seem to be out of stock on v1 so I will have to see about those too.
It’s is so much fun building these I would have never taken on such a thing without all the great ppl helping out and Ryan’s creative brain.

If you end up getting anything from me, I have a few gently used optical endstops I can drop in.

Ok I just put a order in for the hardware kit.
Thanks a lot for all you do
It’s under Travis 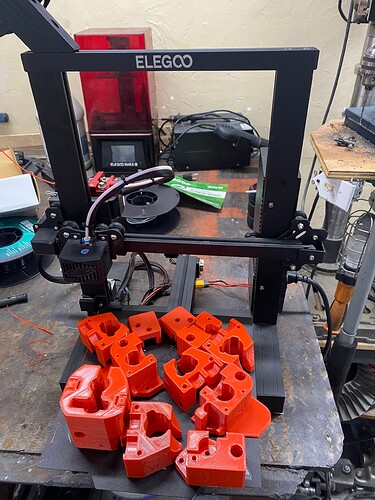 Is there anywhere to try and source boards out ?

I just don’t want to choose one that Isn’t supported by the community.
I can’t seem to find this flyidnc board.

Just went with a skrpro 1.2.
And went with tmc 2209
At least I can use it for something else if I can’t get it sorted.

I can’t seem to find this flyidnc board. 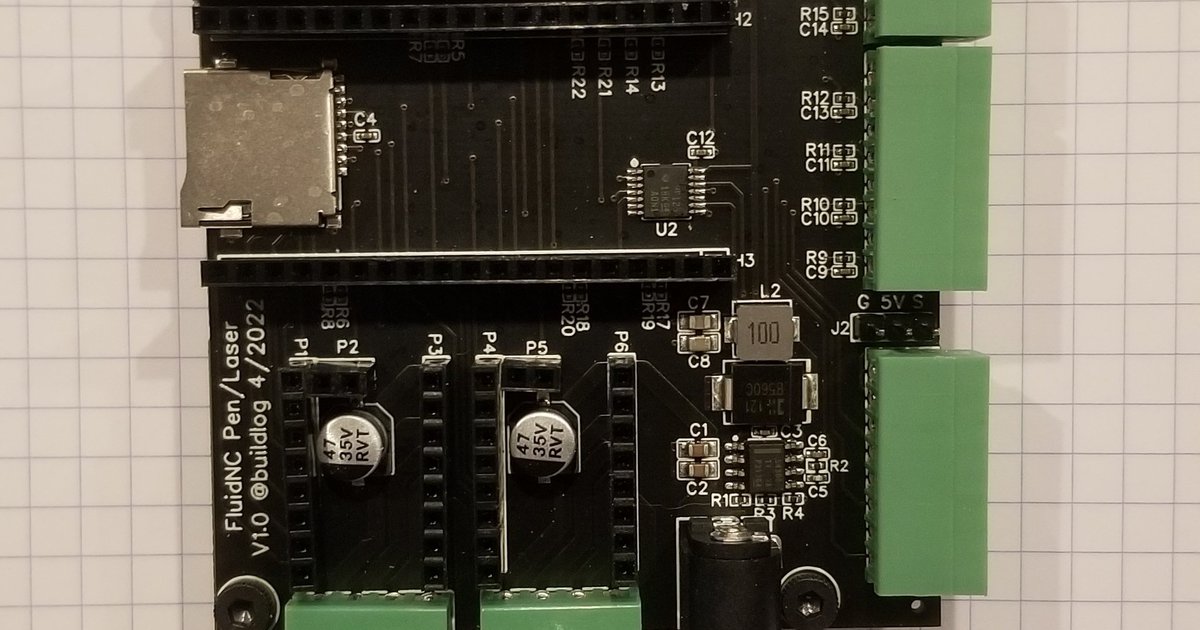 A small CNC controller for your laser or pen plotter.

A RAMPS stack is stl pretty simple. I also know someone is using a Duet2 clone board, I am sure I or someone else could help you get it set up

Was at the hardware store and they had some tempered glass panels so I bought one. It was pricey at 88.00 cad but I didn’t have anything of decent size on the used market.
So I am planning on building lr3 using that to cut the table hole into it then install the Zenxy. I will need to cut the leaf supports underneath and do some bracing but we never collapse this table and it’s a second hand table as well. 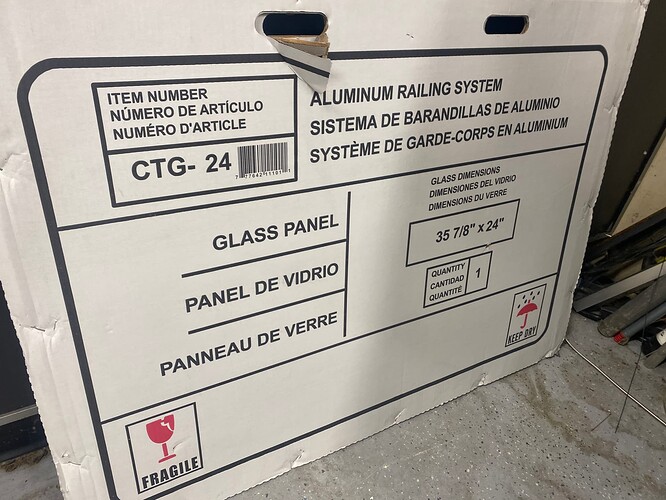 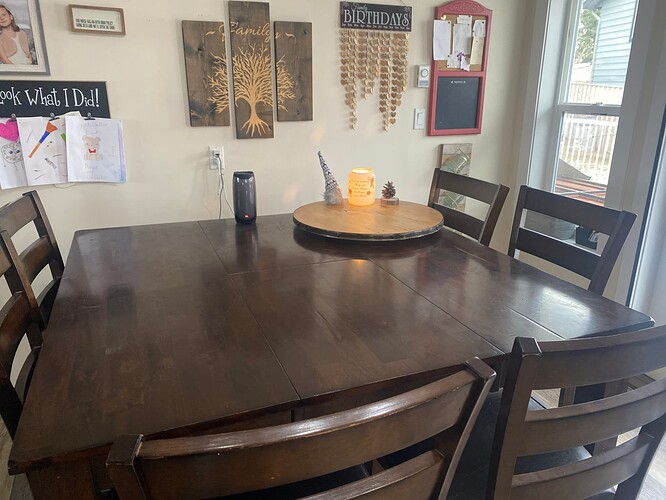 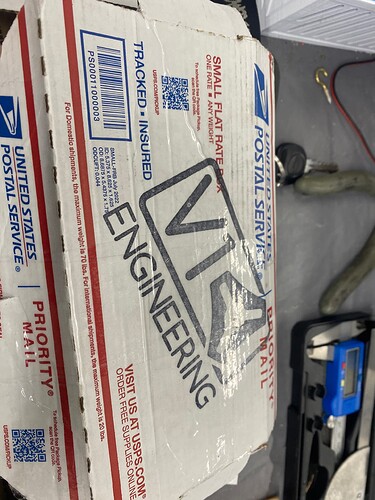 Great idea! Look forward to seeing how the build turns out.

Appreciate this is a ZenXY topic, but sharing some info that may help folks also leaning towards building a CNC…

Bought the same glass panels as part of Peak Product’s Alu railing system in the summer. Home Depot usually stock couple of popular sizes in the store, however you can also order this tempered glass in various widths, 3" increments. Height is fixed to fit their railing system. HD price was way cheaper than my local glazer, else would’ve supported them.

Ordered enough panels/products to get free freight delivery, that also ended up with me getting a nice sturdy flat pallet (flat enough to avoid glass breakage…). Almost used the pallet as a torsion box for my LR3 build. Kept the glass’s cardboard packaging to do practice cuts, and cut stencils for misc projects.

Yes I am so excited lol
I tend to obsess about things and this is all I can think about rn.
And good idea with the tempered glass sizes. The ppl at rona didn’t even know if they had tempered glass. I had to say railing glass.

Looks like there is barts nc boards available again.
Just wondering what adapter to get and what kind of info Bart would need to program it for my setup( he seems busy so I want to have my ducks in a row)

I am assuming the Wi-Fi one with antenna ?
I would like to be able to use wifi if possible.

Would this be something that I would tell him it’s for a zen table and doesn’t use the corexi mode it’s setup for x,y movements so I don’t have to worry about that diagonal problem. That I have seen on other threads.
Ended up just getting the board and the esp32 with the antenna.

All ESP32s have wifi antennas so whichever one you choose should suit your needs. The ones with the external antenna (listed as “W/Antenna Port” on the site) just have a better range.

Off the top of my head, I think Bart would need to know the dimensions and kinematics along with the type of end stops you’re using and their position (positive/negative side of the machine, x/y axis). Though, even if you forget some details or it isn’t setup quite right, it’s very easy to update the config file in FluidNC.

Not much to update been busy trying to fix wife’s water logged car. 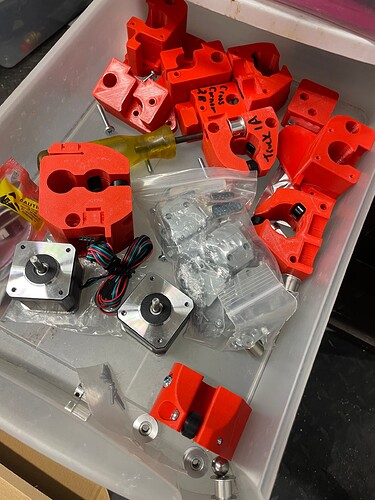 I have the board

That smart fella Bart hooked me up 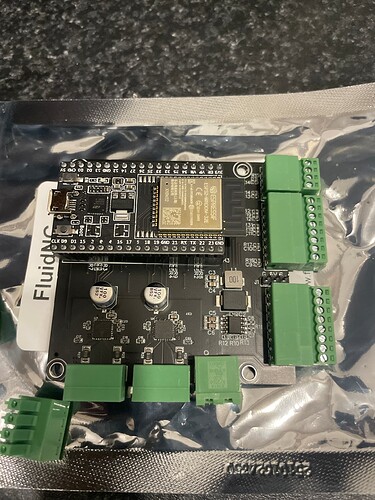