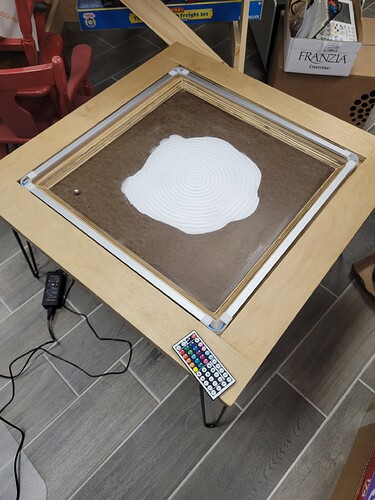 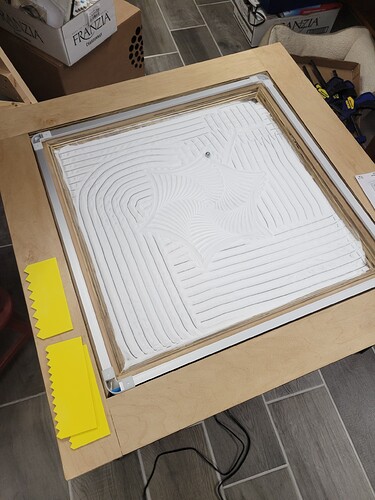 There is a 19" square the ball can occupy. 36" glass top will be added over my 32" square table build. ZenXY V2 with a DRing FluicNC pen/laser board. Looking to automate the code and start up a little yet, but it’s working and drawing most days!

Has anyone come up with a good formula for the volume of sand (baking soda) to have on the surface. I think I had a bit too much so I just took some out and thing I’ll get a little better definition. Seems like a 1/16" layer over the entire surface may be about right. I got there from the 2 cups I have on there and the ~21" square surface and converting the volume from cups to cubic inches. We’ll see how it goes.

I also printed a few “trowels” to try for spreading out the sand initially is its changed or the table moved, etc. Works good!

Some of it is personal preference. I think it should come up about 1/3 of the way up the ball. Some people really want to bury it, but I think that makes the movement jerkier and the patterns don’t have as sharp of definition.

My experience is that excess sand will get pushed to outside after a few hours of operation and the rest will find its “happy level”. I suspect it is a function of the ball diameter, though drawing speed may have something to do with it, too (though that may be specific to my servomotor driven table). Prior to a very recent sandbox rebuild, I was running Arrakis for maybe 6 months without redistributing the sand. I use baking soda on the table- using actual sand or other stuff may also have some effect on the depth.

I removed what I thought was a littel extra. I’ve had some really nice patterns.

Lately however its gotten a bit of a funn texture. Am I correct in assuming I may be getting a little moisture drawn into the baking soda? Something else? 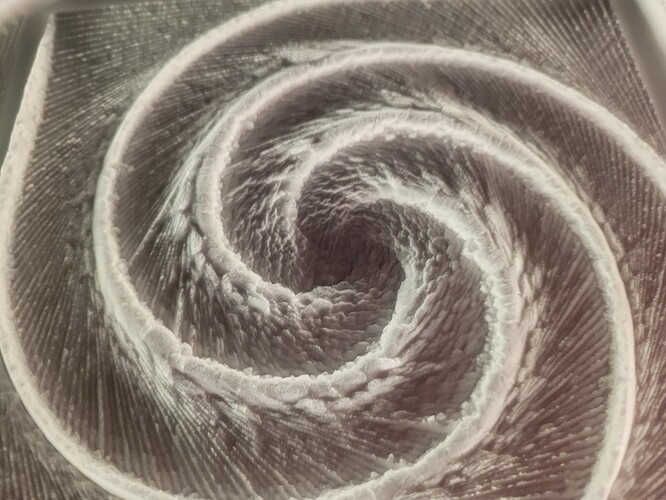 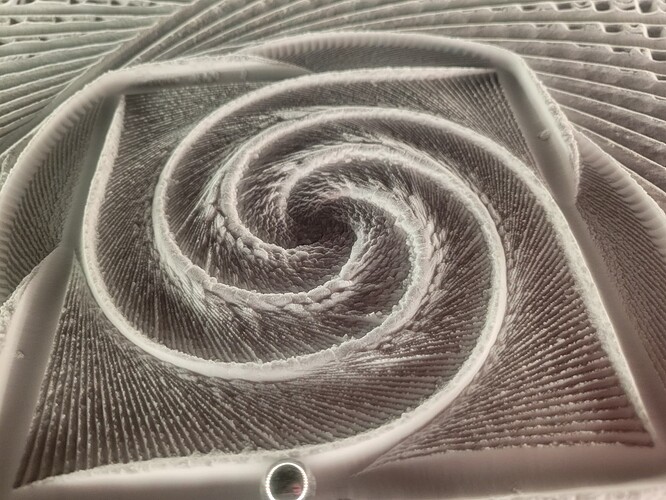 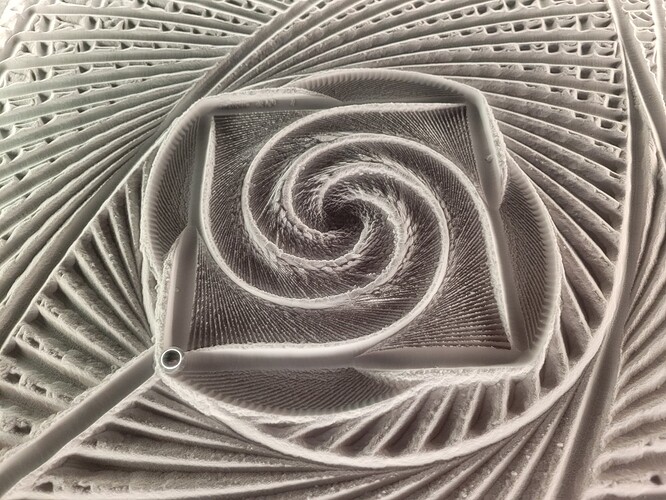 I live in Colorado and we don’t have moisture

. The baking soda is a little clumpy out of the box, so I do a little smashing of the big lumps with my fingers. I don’t have those artifacts anymore. 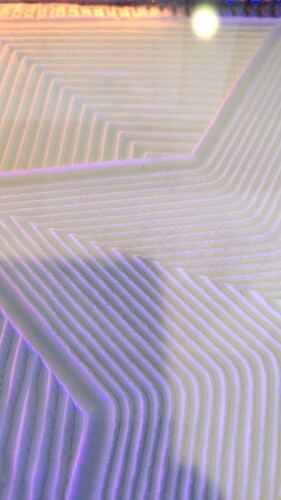 Or maybe I do. It kind of depends on the scale you are looking at.

I noticed some clumps initially but they worked their way out. The confusion for me is this has developed over time. This pattern looked better on prior runs.

Baking soda absorbs stuff, which is why we put open boxes in the refrigerator. (Funny smells don’t linger in my living room anymore, either

Maybe time to change your media… I have found in the summer, I need to comb out the table once in a while, but in the winter (super low humidity) it will wait a long time.

Yea could be time althought it wasn’t that long on this media.

Does anyone know what the media is for the true Sysiphus tables? I see you can buy it. Not exactly cheap but was curious if it was something much different, better, etc.

It is sand, and seems “well sorted”, meaning it is almost all the same size. I tried some on my glass base and it was not great. Too noisy, and the ball jumped around a lot. The sisyphus base is some kind of felt, which works better with the sand.

Great info! I heard someone going to try a felt or even some thin leather or something with the idea to “quiet” the table some. I’m curious if anyone has experience with doing so. My surface is 1/8" hardboard and it’s bad but it’s not silent for sure. Thanks!

I tried adding textured vinyl drawer liners. That helped a little, but switching to baking soda made it 100% better. Quieter, and the ball jumped around a lot less.

The sisyphus table does work just as well with sand though. I think the base is some kind of aluminum composite sandwich, with thin felt on the top.

This might sound strange, but…I recently moved, which required removing the baking soda from my table. It was about a year old, so I pitched it. When I set it up again, I used Arm & Hammer soda. I purchased it new in a sealed bag (Costco, I think). I immediately noticed a difference in the texture. It was more noticeable when drawing fine lines. I then switched the soda back to what I first used - Clabber Girl. World of difference. I ended up buying several small packages at my local grocery store, but I recently saw it being sold in bulk at Restaurant Depot. Both Arm & Hammer and Clabber Girl are 100% soda - no additives. So, I compare the granules under a my microscope and found that the Clabber Girl granules were a bit more rounded. They almost appeared tumbled versus the Arm & Hammer, which were more pointy and jagged. So, long way of saying, not all soda is the same. Try Clabber Girl baking soda - you might see a difference.

Try Clabber Girl baking soda - you might see a difference.

This is such a great community.

I would have never guessed that.

I would think jagged would be better, with a higher angle of repose?

I think the jaggedness of the A&H soda might have formed steeper ridges, but inconsistently. It looked very much like the Jared’s picture above. Almost fuzzy looking? Not really sure.