Hey Ryan and others:

I am not sure how its weight compares to the 1" round steel tube, but I’m betting it’s a lot more rigid.

I bought a batch of ten 7 ft. long pieces for another project, and I’m looking at the remainder and pondering on it.

They are surprisingly rigid.

That other project (mentioned above) that I built was this camera arm: 3d Printing a $10,000 Camera Arm - YouTube

…However, it was designed for 40mm square tubes, which were thus larger in width than my 1.5" tubes, but yet also had thinner walls than the 1/8" thickness of my tubes.

Not only was there a size mismatch on the tubes, but also his European style of PVC pipe was slightly different than American 4" PVC pipe. Also, the round steel rod I could get ahold to was a smaller diameter than his.

Due to the various size differences and other design tweaks, I had to redesign practically every 3D printed part to get mine built. I’m quite pleased with it.

I’m sure it would work.

The reasons Ryan went with tubes was because you only need 3 points to constrain a circle. You need 4 to constrain a rectangle (unless you are riding a corner). So fewer bearings (and bolts and everything).

The reason we use steel is because the bearings are hard and can wear on aluminum. It isn’t about rigidity, it is about wearing off the rails.

But those are easy to overcome. Use different bearings (like the plastic urethane ones). Use 4 of them or trust gravity. You can build a CNC that way.

You could always use it to build the frame and then mount linear rails to the tubing for the actual moving surfaces.

The only problem with the Root CNC is the cost.
If you don’t have a printer, the carriage blocks are roughly $80 CDN/$50 USD per piece to get printed due to the matl volume.
Minimum 2 pcs per axis plus tax, shipping, etc. OR… Get creative with plywood and a countersink, to make them.

Other than that, it’s a damn nice bit of kit.

First time hearing about Root CNC. From some of the pics it looks like they’re using steel square tube instead of aluminum. Probably doable with either, but Jeffeb3 mentioned an issue with the 608 bearings wearing down the aluminum. Seems to me that would take a high tension in a really heavy duty cycle. But I guess it could happen.

The problems jeff mentioned are likely best solved with the solutions he gave, as well.

I’d guess that the root is probably about as good as one might expect from square tubes if you’re set on using them. For me, it’s certainly better than the time I’d spend trying to fit them into the mpcnc.

That’s all I was getting at. Worth noting that unless your time is VERY cheap, it’ll likely cost less to just get the round tube and find another purpose for the square stuff.

I already have a LowRider 2 built with 1" round steel tubes. I was only asking about the square regarding rigidity with the thought of it being more capable with metal, not as a replacement for LowRider but perhaps for new, smaller CNC. However, I’m also still trying to get around to actually assembling the smaller (30"x30" or so) MPCNC Primo I have sitting here, bought from someone else already built. He had to disassemble to ship to me.

If the Root CNC is designed for 40mm then its files would need revised to use 1.5" tubes.

Hi, nice read. I redesigned my MPCNC „table“ some time ago with mostly 40x40mm profiles. I thought about using the profiles instead of the tubes like a lot of 3D Printer do it, but didn’t do it myself because I hadn’t the time and just wanted to use my Mpcnc again. With profiles I would use it, so that the profiles are in 45 degrees

, so that you can use 3 corners for stability (understandable what I mean?)
Here my profile table: 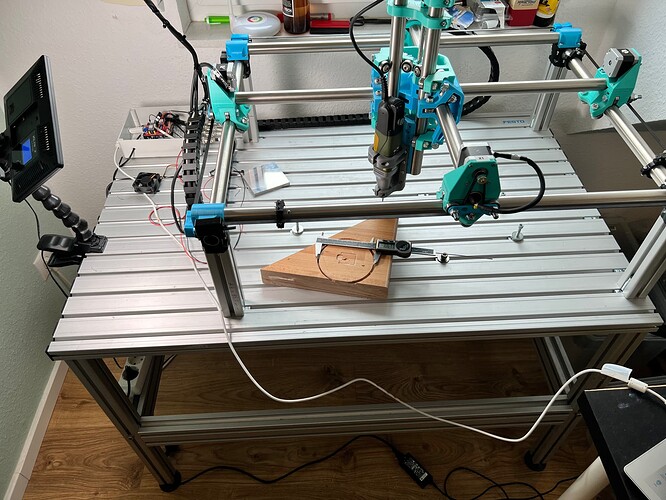 I designed new burly corners for the 40x40 profiles and put it on Thingiverse, together with the SolidWorks model of it: 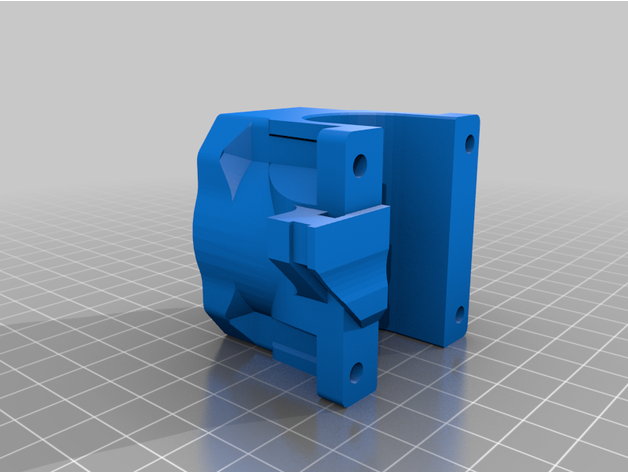 Hi, here is a MPCNC Burly Version for Corners with Profile 8 40x40mm Aluminium extrusion Profiles. I printed them with PETG for my own MPCNC together with 180mm long profiles for the legs. It´s for using them with M8 hexagon roundhead screws and Item...

Hi, most systems using 3 wheels with 6 connections points on the rim of the profile slots
The wheels are made of POM (POM steel wheel bearing pulley). 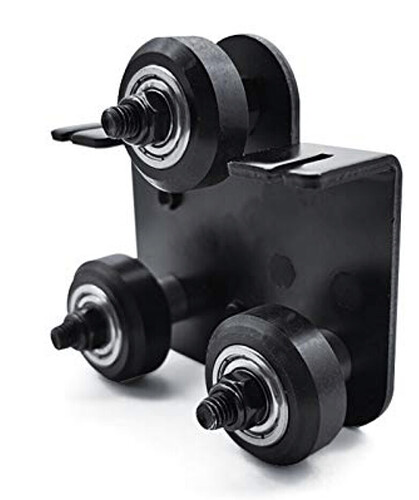 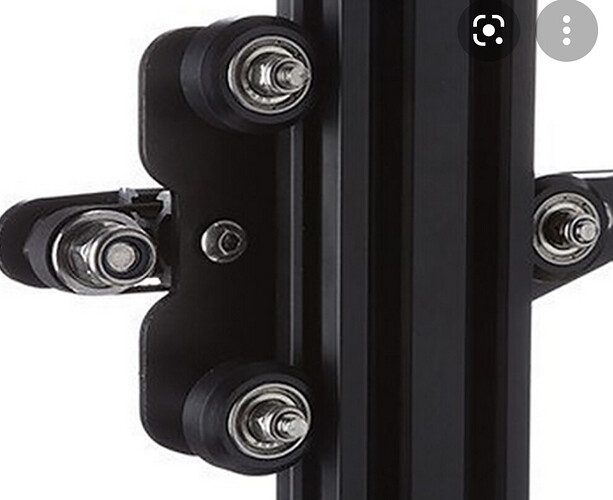 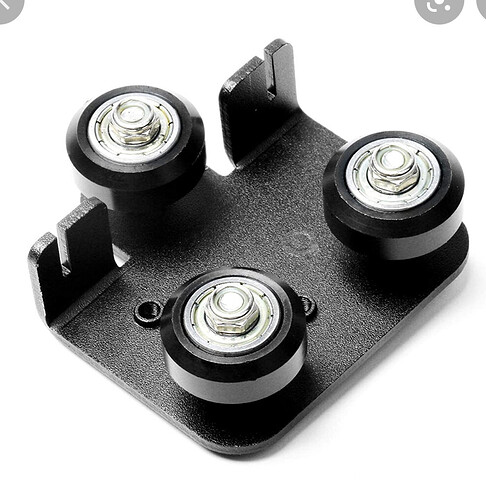 Anyone dabbled with Igus’ (or other brand) bearing filament? See:

Shop for 3D printing filament that is up to 50 times more abrasion resistant than standard filaments & have lower coefficients of friction.

Maybe having an option for plain bearings would be nice?

So I got some IGUS l150 filament and printed a pair of IGUS style bearings that fit perfectly and I’m using adjustable pillow blocks, going to give them a try and see how they work out.

Nice! Let us know how that turns out please.

Another possibility might be to use UHMW strips as gibs in housings printed with ordinary material. This would probably be cheaper and less effective (qualities that seem to be strongly correlated for some reason).

Years ago I played with UHMW blocks with 80/20 linear bearing. Due to their nature, I felt that they added a certain amount of drag, ad were hard to adjust. Could be I didn’t know what I was doing, others have had much better sucess with them.