Hello everyone, I have a DIY printer that Ive had up and running with fair success, but the RAMPS 1.4/MEGA combo just went dark mid print a couple of days ago. I had a NIB Mini Rambo laying around that I won the bid on, on eBay, about a year ago and am trying to flash the Marlin sketch for my printer onto it…after editing to change motherboard etc.

Thanks in advance, Rick

To flash the mini-Rambo, you need the USB connection and a separate source of +12V to the logic circuits. I’ve seen that error before when I was missing the separate +12V power.

Thanks BT, but I did have an external power source attached…sorry I failed to mention it.

Darn, I was going to suggest the same thing as BT. Do you see lights when the USB isn’t connected? That error is basically saying it can connect to the serial port, but the microcontroller isn’t responding. Power is the best explanation. 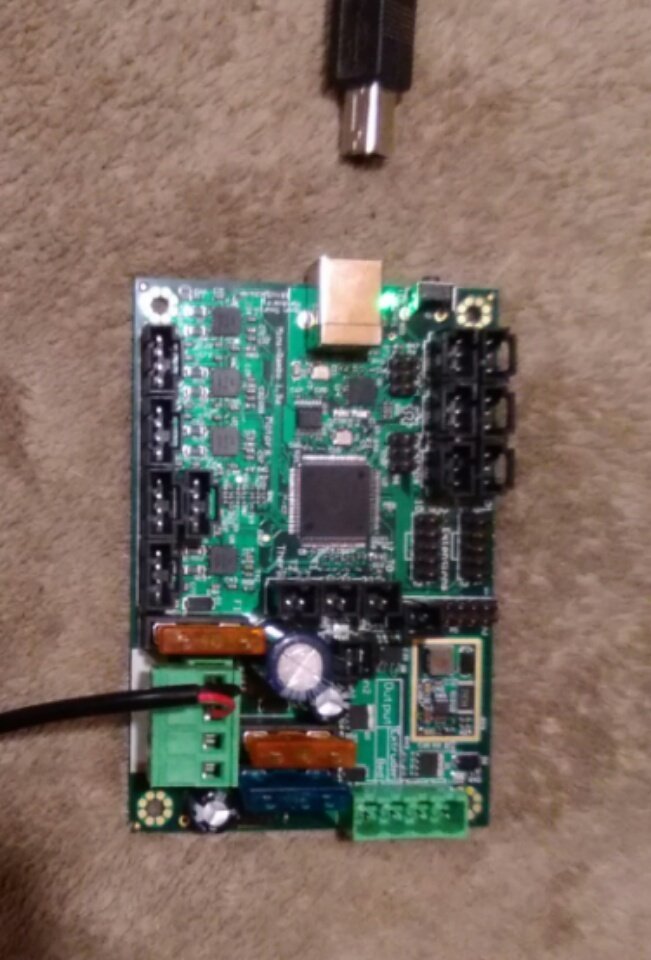 Not related to the Rambo, but to the failure…hoping someone may have some insight.

I remembered having other RAMPs and Mega’s left over and after determining that the Mega was at fault for my stoppage (computer wouldn’t recognize its existence with usb plugged in) I swapped out to another one after uploading my printer sketch onto it.

I then attached the RAMPs with LCD but nothing else and hit the power, to my somewhat short lived joy, I was greeted with the Marlin boot screen. After a half minute or so I shut it down and connected the steppers, the endstops and the hotend thermistor but left the hotend heater and the fan disconnected. Immediately after power was switched on, the 5v regulator on the Mega gave up its magic blue smoke.

I’ve checked my power supply voltage, the resistance of the stepper coils and the thermister with a DMM but found nothing unusual…any ideas on what may be at fault? 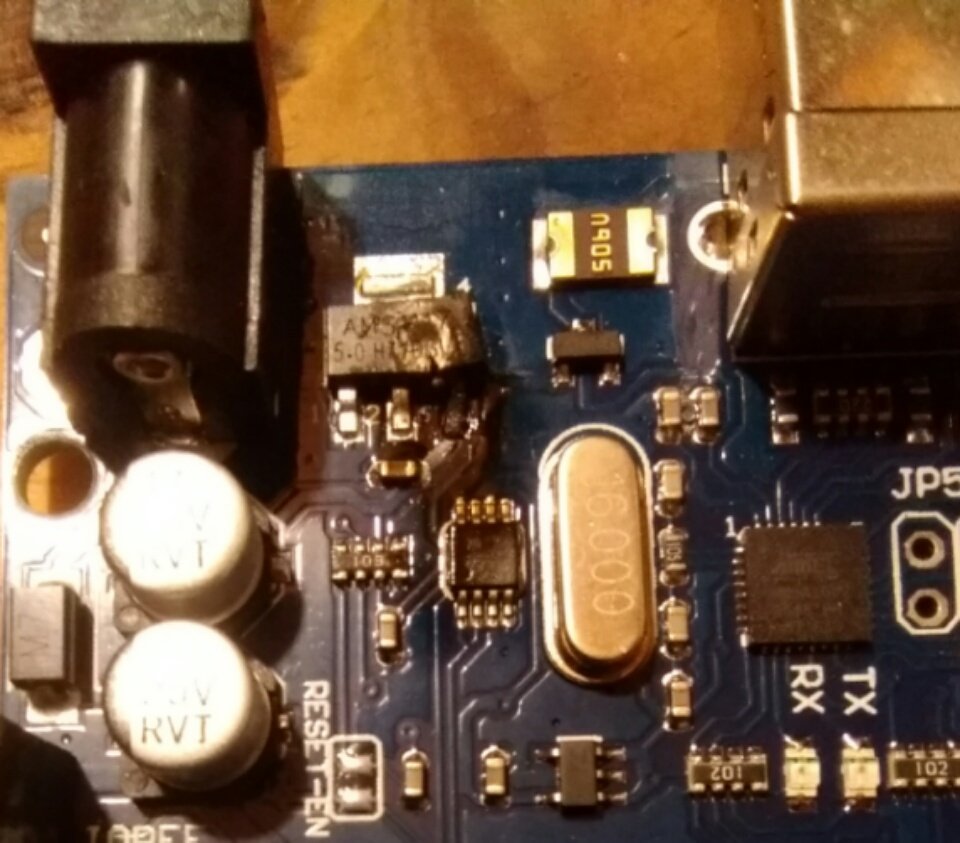 Any chance the endstops were connected incorrectly, shorting 5V and GND? Have you taken it apart already or can you check that?

It’s already been taken down…but that’s definitely something for me to keep in mind.