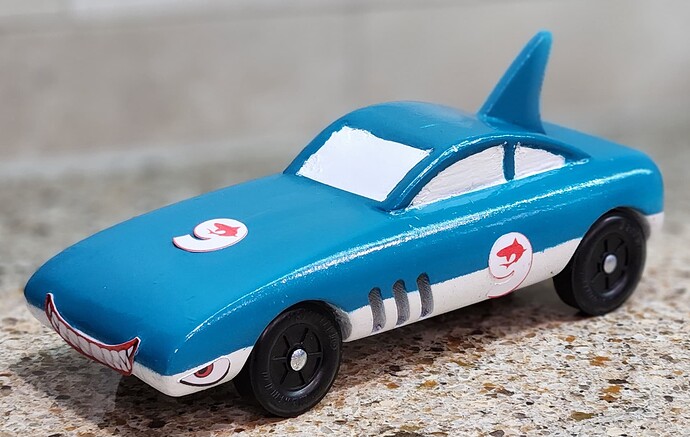 The local brewery hosted a Pinewood Derby Race. My 9 year old so designed the car in Fusion360 and put in most of the work. I just cut it (with a bunch of test cuts/pieces to make sure I didn’t screw up the real block). He did the sanding and painting. It wasn’t the fastest car and finished around the middle of the pack for the race. It did however win Best in Show!

That is a great looking car! Congrats to you both.

My old job was planning to have a pinewood derby race in the office (engineering design firm), Having it at a brewery sounds like an even better amazing idea. The brewery around here has a large open space, foodtrucks and, well, beer. That could be a good nerd draw.

You 3d carved that on the cnc, or a bandsaw?

All carved with the MPCNC. The PWD block is 1.75"x1.25"x7". The race dimensions said it could be no wider than 2.75" so we carved out two 1/2 inch thick sides, then cut the main block to hollow out the bottom and match the slope top slope with the sides. Everything was glued together . The windows and roof was a separate piece, with a slot cut out for the fin. That was glued on top once the sides were done drying. Our dimensions were exactly 2.75inches wide and 7 inches long. We weighed in at 5.01oz. Max weight limit was 5 ounces, but we got in with the tolerance of the scale. 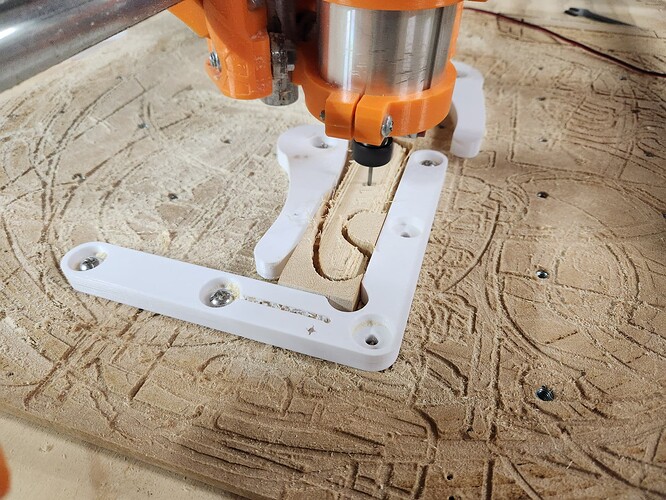 We used wood filler to fill in the gaps. Lots of sanding. We used the primer filler spray, which turned out to be a mistake. It doesn’t stick to wood very well and the rest of the paint job suffered as a result. Paint could easily peel off when we were masking things for the two tones paint job. But we didn’t have time to start over so we made the best of it. 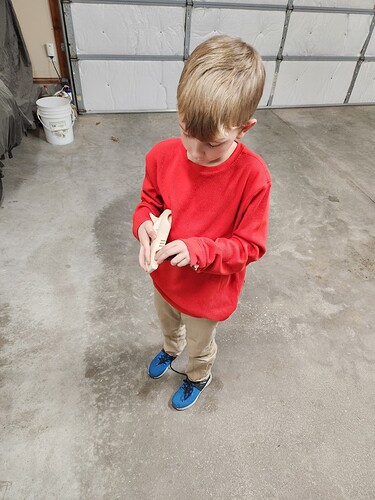 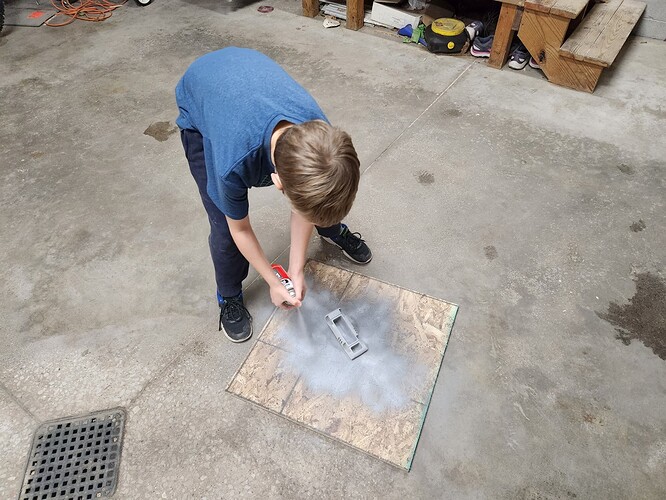 The only other thing I wish we had done was given myself more tolerance. The wheel wells were a lot closer than I thought they’d be and it took some work to get the wheels just right. The hollowed out section of the bottom was a bit too close and you could actually see through the wood a bit. And the inset for the windows was only 1 mm and that got eaten up pretty good just by sanding. If I had cut that deeper, it might probably would have made the painting easier. Live and learn. My son is hooked and wants to keep designing more. I saw it as a challenge and a way to learn more with the MPCNC.

When I was in scouts, I had to draw the profile I wanted cut and he would cut it on the bandsaw. I did all the work from there. I did the same with my son, only my tools are much better than what my dad had back then.

This is the 2nd brewery in the area to hold a PWD race. I missed the other, but I’ll be on the lookout for more. Since it was a brewery, all of the other entries were adults. But designing for show was the fun part anyway. I didn’t really care if we won anything or not. We both enjoyed the process and have learned quite a bit for next time.

That is just fantastic. Amazing project, and a lot of learning going on. Love it!