Finally got my LR3 hardware and table setup with few modifications, i’m using klipper and managed to make the XYZ axis, endstops working for now. With spindle and vacuum triggered by SKR Pro using SSR relay. 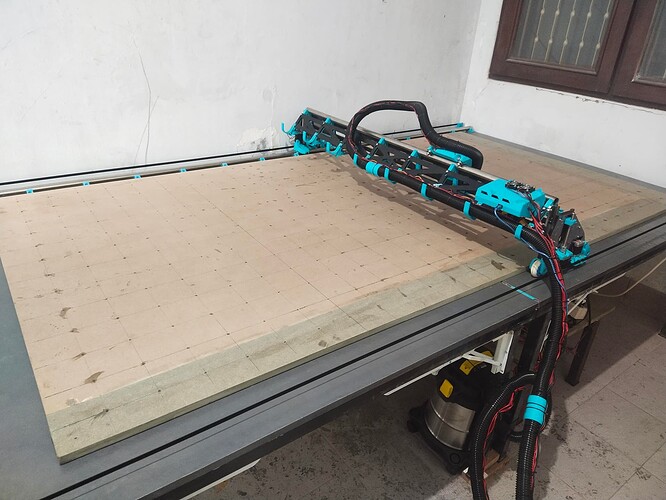 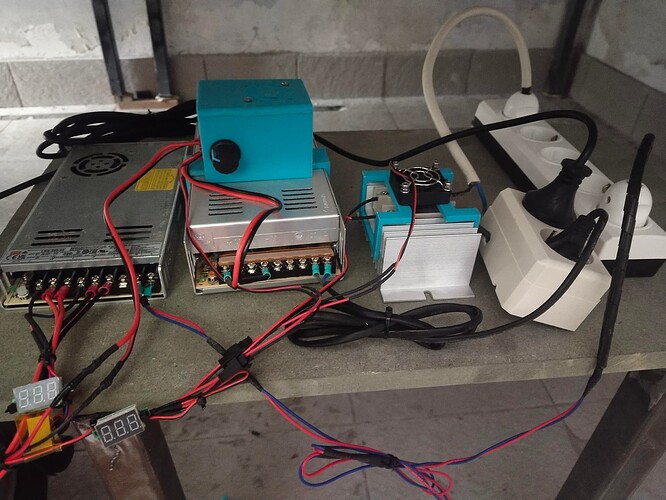 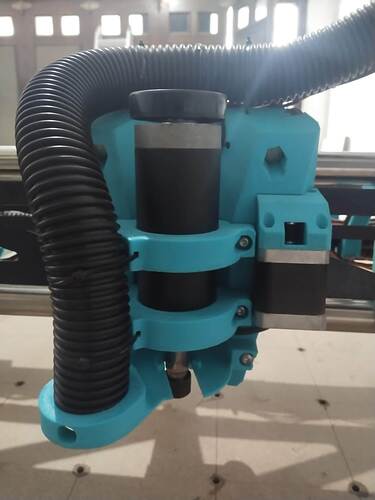 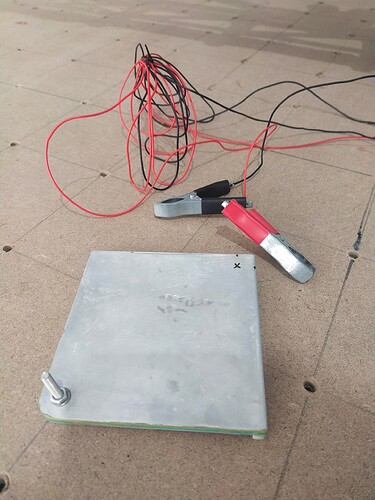 I haven’t tried milling anything yet, and am trying to figure out to the last part to add XYZ Probe and created a simple 3d printed XYZ probe plate coated with alum sheet. Wired it to and it works, i just cant figure out how to get the XYZ probing to work with klipper.

I’m following the guide from Are You Ready to Learn to Write GCode for Your Touch Plates? - YouTube and adjusting the gcode to klipper, the problem is that klipper does not support many CNC gcodes and i’m using the config macros i found from https://github.com/vladbabii/klippy-cnc. The only problem is that it seems that it has been coded long time ago and seems like is no longer maintained. (Especially the G38.2 gcode)

I saw some videos of people successfully using klipper in MPCNC, and it will be great if anyone experienced can share how i can get these working.

Now in case you wonder why i use klipper as opposed to marlin, i’m quite new to 3d printing and had only started one year ago, and started learning it in klipper so more familiar with it. I’m running 2 printer simultaneously with 1 Pi 3B, and trying to run LR3 using the same PI. (In case you wonder if it works, long cable pulled from next room, it worked but i think its not enough to run 3 machine at the same time)

I have few questions if anyone can help:

Sorry for the long post, i guess this is my important last hardware / software aspect i need to solve / decide on, before moving on to probably learning the cam software. I hope anyone experienced can share their experience before i discover deadends. Thanks you everyone

I have never used klipper, but I want to follow along to see what the solutions are.

G38.2 is tricky. Because we use that in Marlin for the low rider. In our Marlin setup, that probes down, until the Z touch plate closes the probe endstop. Then backs off 5mm (IIRC). You can combine that with G92 Z5.5 to set the Z height to the top of the workpiece. You can spend as much time as you want working on macros. They are a fun part of klipper, IMO.

You don’t need any of that though. You can cut right away with G92 to force the Z to be zero while the bit is touching the surface.

You also don’t need the screen to run marlin. My current setup is octoprint and an skr running marlin.

An easy workaround is to use the CNC to cut some dowel holes in your spoilboard and then use the dowels to align the workpiece. It will be square and a known distance from the endstops.

Thanks Ryan. A lot of people may find it harder than Marlin, i guess because they are used to Marlin. I find klipper easy to use, as i have a fresh start. Kinda like how it is monitoring my prints with timelapses wirelessly thru phone.

And the best experience i had was that i turned my 10 year old crappy printer that was using Marlin that i gave up on, and manage to run it on klipper almost as good as my new coreXY Ender 6 only running on ramps mega.

Its cool that so far i only find V1Engineering using Marlin for CNC, and thats what actually got me started as its not too far from my basic understanding of 3d printing. When i read about it first time, i gotta build one for sure. If it was GRBL or Mach3, i think i would have passed.

Hopefully there may be addition to people who may use klipper on MPCNC or LR3 who can share as i saw some people who have done it.

Thank you so much Jeff for the clarification. That clarifies most of the things i have problem with.

Cool, thanks for letting me know, i just saw that XY probing looks cool and never tried yet so may proceed without that.

Thanks a lot for the ideas and clarification. I guess i should start without the G38.2 on manual for now to test how it goes. G38.2 is something cool that probably saves a bit of time for me to setup initially (like… after using BLTouch, never again im going manual levelling)

Thank you for the answers. If anyone interested in the configs to test do let me know. In the mean time, im gona try manually and hopefully have some other who can help with the G38.2.

There is some weird thing where the klipper fans (not really core klipper, mainsail and fluidpi fans) attack octoprint. But it isn’t slow or a heavy load at all. I run octoprint with my klipper and it is super reliable. It is a shame that they attack octoprint. They can do a lot more working together.

Oh i see. Octo have many useful plugins but i didn’t get to try them cause started on Fluidd and Mainsail. Not a hardcore fan myself, just reading and deciding on what to use early on. May want to try Octo later.

My current setup is octoprint and an skr running marlin.

How do you setup octo and skr running Marlin at the same time btw? The firmware is Marlin right? Then what do you use Octo for if klipper not installed?

G38.2 is tricky. Because we use that in Marlin for the low rider. In our Marlin setup, that probes down, until the Z touch plate closes the probe endstop.

Is the G38.2 prebuilt into Marlin or you programmed into it?

How do you setup octo and skr running Marlin at the same time btw?

Octoprint sorry of replace the screen. It holds the gcode files. It has controls to jog the machine. You can send clans and read responses on the terminal/console. You can set up macros.

Marlin still does the heavy lifting. Klipper alone (the mcu and host code combined) is similar to marlin.

Octoprint and marlin are separate projects. I have one octoprint on my klipper printer and one on Marlin. They aren’t coupled like klipper and mainsail are.

Is the G38.2 prebuilt into Marlin

It is built into the marlin firmware. We had to turn it on. The firmware at MarlinBuilder releases has it enabled (on the DualLR, at least)