Hi everyone,
I found this site a couple months ago and decided I had to build a ZenXY. Well all the bits finally arrived from banggood and it’s time to start building.
I’ve read all the discussions on sand and baking soda, and somewhere in those discussions it was mentioned that baking soda is actually made of very sharp crystals, and that might contribute to the ball not running smoothly. That got me thinking about the glass beads used in sandblasting. They are spherical and come in a pretty good range of sizes (at least as small as a 100 micron as far as I can tell) it seems to me the fact the beads are little balls would allow the steel ball to move thru them quite easily.
Has anybody tried these? One draw back might be that because they are smooth and spherical the ridges in a pattern would slump.

It really doesn’t take much sand at all, so it would be worth it to try it. I wouldn’t want anything that could easily be airborne though.

BS does give sharp peaks, and as long as it isn’t more than about 1/3 ball height (average), it can get through it fine. My only complaint is that it tends to fracture and clump more, leaving sharp peaks where you don’t want them.

Not a problem here, but also, if you live in a high humidity area, baking soda will clump more. It has to be REALLY humid for sand to start doing that, lol. Those clumps will have an effect on the ball rolling, but that wasn’t a problem once I beat down all the clumps that came out of the box. (I took the 2 year old box out of the fridge, put that in the table. The new box went into the fridge.)

For the glass beads, I would expect those to be humidity proof. Using beads too large will result in problems with the ball rolling, like pebbles under s akateboard wheel. Baking soda might be “sharp” but doesn’t seem to be eroding at the ball at all, so I don’t think that it’s abrasive, per se. I’m using a very old “steelie” that has a couple of tiny stains on it. I have a shiny new one, but haven’t swapped it in. After many hours of use, those spots are still visible, and have not been abraded away at all. (They likely would have been in sand.) The glass beads are designed as abrasives, though of course when broken being launched at something at high speed. I might be concerned that since they are made to be easily broken, being crunched under the ball might abrade at the ball and/or table surface. I don’t see this being a huge problem, but might build up over time, depending on how much you leave the table running.

Primarily, it comes down to how well do the beads show your patterns. No way to know that but to experiment.

A soda blaster is often used to clean aluminum parts because it removes dirt and oils without removing the metal. That’s baking soda at a much higher speed than the ball uses, and the ball is a heck of a lot harder than cast aluminum… 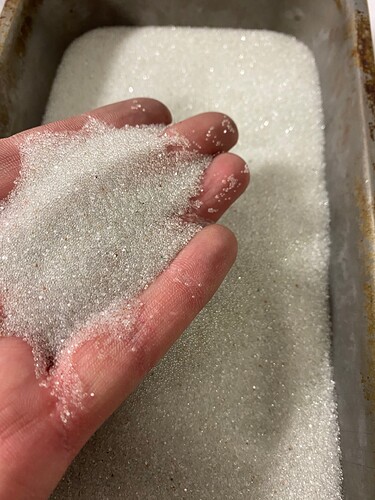 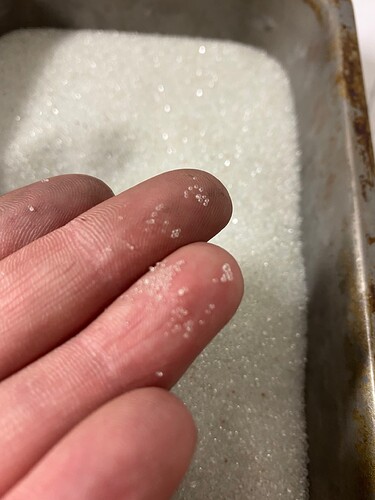 Late to the party, here, as usual, but I have tried glass beads used to make road striping reflective and it is not especially good. The large grain size leads to a lot of grinding noise and the ball tends to wobble around as it draws. Also, the beads don’t pile up the same way the baking soda does. 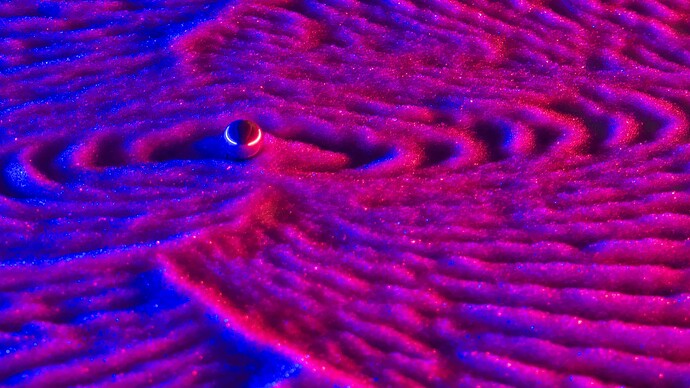 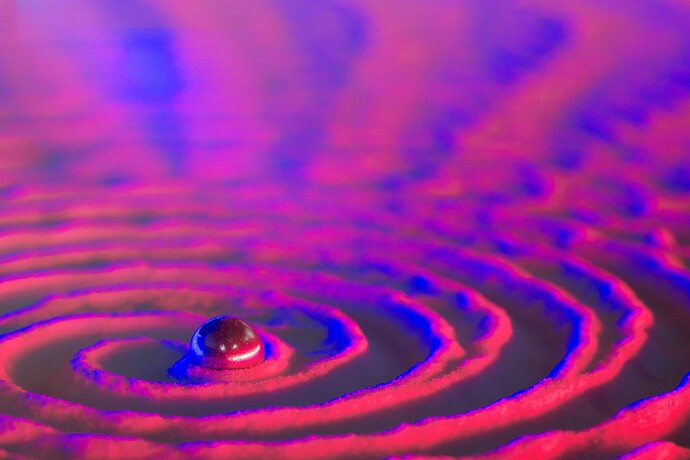 Hey thanks a lot looks like I will stay with the tried and tested baking soda.
Thanks for the pics as well, I just has some here at work and it popped in my mind.

As a side note it’s great for annealing prints in like standard sand.