I’m sure you’ve all seen this, but I tried this out for my first large scale Lowrider project.

It turned out alright - I can sleep on it. But I did run into a couple of issues.

Firstly my own fault - I bought 18mm ply which upon getting home turned out being closer to 16.80mm.

I did a couple of test cuts, the smallest .68"(17.3mm) template - I thought I was clever by increasing my bit size until I had the test joins join. However upon assembling the bed I had to make a lot of corrections with a handsaw and rasp - probably the biggest was only 3mm, but the bed still doesn’t sit quite correctly.

The second issue is just that an American queen size bed is smaller than a New Zealand size queen bed - I can only see the legs!

A couple of photos of the Lowrider on the pingpong table too - I need to work on a vacuum system. 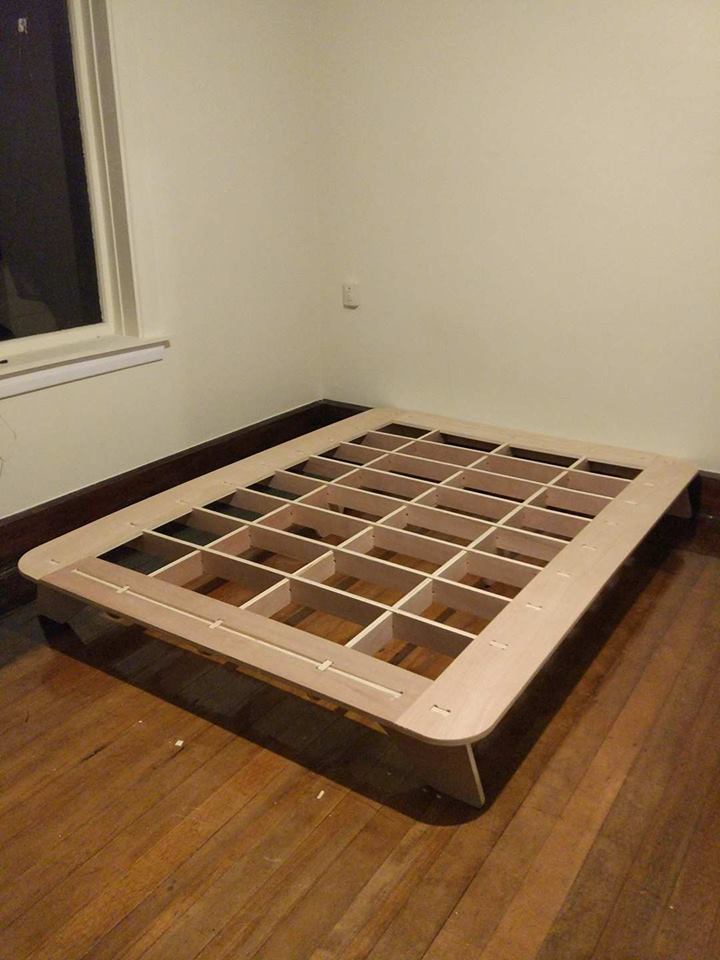 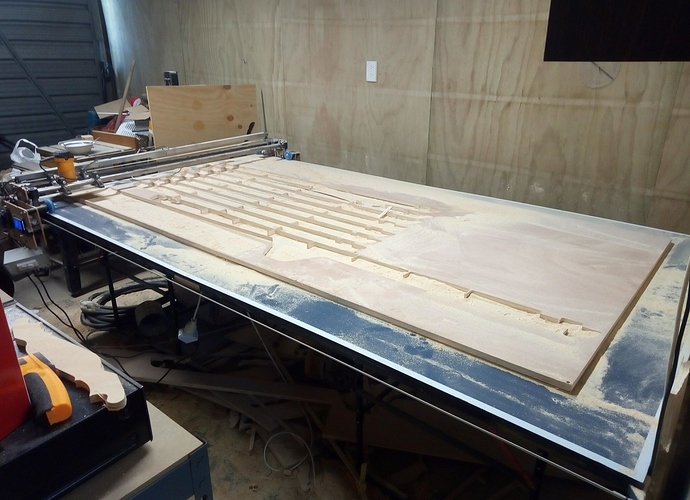 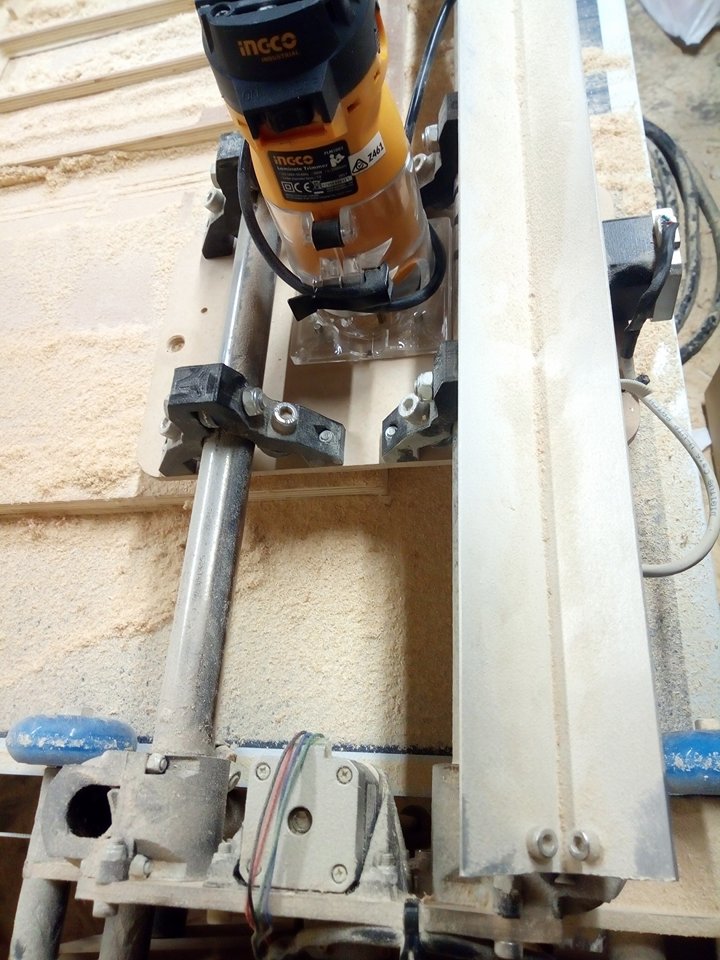 That is awesome, Ive did a couple flat pack things and I love the look of it. Trying to convince my wife our 2 year old needs a new bed.

That is a really interesting project. The biggest on the low rider or mpcnc, I think.

From here, I think it looks great. The bit trick changed the depth of the joints too, and the horizontal joints.

The mattress he’s using looks like an air mattress. At any rate, I’m not sure I would want to have that border sticking out part the mattress. I might get a permanent bruise by constantly kicking it.

What are you using for finish?

Good job. Thanks for sharing.

Cool project! It is amazing how much dust comes out of these things though isn’t it?

Very cool! That link has been in my 3d stuff bookmarks for a while now.

Nice project, added it to the gallery. The flat pack stuff is hard, for them to be really nice they have to be parametric with material thickness being the number one option. I am impressed though I wanted to make a few project tables but the thickness dependent joints always hold me back.