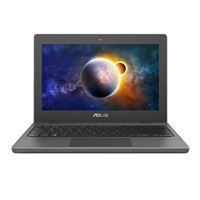 Get it now! ASUS BR1100C is designed with one thing in mine: to keep on going however tough the environment gets. Built to military-grade standards, it's packed with clever protective features, including an all-around rubber bumper, spill-resistant...

I bought one of these from microcenter. It isn’t too bad. My main computer is a laptop that is a few years old, but high end, and it runs Linux. I use it for CAD and coding. It works great.

But there are a couple of bits of software that developers only release for windows. I will still be mad that people won’t develop for my favorite OS, for ignorant reasons. But I also need to get stuff done. I had been using my wife’s windows machine, but that is difficult, for reasons…

This computer has these basic specs:

Definitely not a powerhouse. I doubt it will handle fusion 360. It will do fine for most web applications (like cncjs, octoprint, or sandify). I haven’t tried it with onshape, but I doubt that would be useful for anything other than the most basic models. Maybe a bit better than a pi4, but not by a huge margin, and it has to run windows.

I plan on using it for:

I’m honestly pretty pleased with it. It comes with a 45W USB-C charger, which is useful more generally, and I can charge this thing from any of the other USB-C-PD chargers I have. I bought it on a whim, and I am surprised how much value it is adding.

My biggest concern is the hard drive space. I plan on keeping anything I work on synced to my NAS or my main laptop. But my experience with windows is that the updates alone will chew up 60GB. I don’t really want to pay for or install a bigger eMMC drive.

The RAM and processor have been fine doing a few things at once. I won’t be installing any games on it, so the lack of any real graphics card is fine. I kind of doubt it could even run MS Office, but google docs is probably fine.

It seems like it was designed for a very cheap enterprise solution, like a school of kids or a low cost business that has to run one application. It seems sturdy. It has a nice webcam with a physical shutter and an ethernet port.

I won’t be answering windows tech support questions anytime soon. I am a windows noob again after all these years of not using it.

It is kind of the price and performance of a windows virtual machine, but in a separate box

That’s not far off of the price of a Windows 10 Pro license, so not bad indeed.

My primary Windows laptop is also a couple years old now, I got it at the start of 2019. It’s starting to show its age, but is probably one of the faster machines that I own. (I need much less power for my Linux apps.)

Prusa Slicer takes more power than you might think, but that should still be enough to manage. VS Code will just take longer to get things done.

64G is not a lot of storage, but it should have an M.2 slot available, according to the spec sheet, so you can add drive space to it. Windows likes to put stuff on the system drive, so you’ll want to relocate all of your user files off of the main storage, and probably most of your user installed program files – at least the ones that Windows will give you a choice about. I’d probably invest in an NVME drive pretty quick with that.

That’s a steal of a deal… also says MIL-STD-810H so should hold up well in the shop.

Yeah 64g Win10 is hard to manage even with a nas. It’s not that bad though… ~$30 more would get you 500gb sata m2 these days. Keep in mind I think that thing only has a single m2. That’s still a solid deal for new hardware+win10 license even after upgrading the ssd… and maybe that 64 can be used in the nas for cache or something.

As we both agreed at the time, we lost the “moral high ground” when we talked ourselves into using that other OS to flash that JL1 controller board on the $79 laser machine. And now this… you’re losing, if not already, your grip on what’s right and proper…

I guess, since you’re already headed down that slippery slope, you might as well get one of those ST-Link programmers for STM32… and make yourself useful. My, oh my…

As we both agreed at the time, we lost the “moral high ground” when we talked ourselves into using that other OS to flash that JL1 controller board on the $79 laser machine .

Is it a loophole if I ask a friend to do it? I was actually looking at this device solely for things like this where I can’t find native tools and don’t trust the WINE layer. The storage bothers me more than the speed.

@jeffeb3 - Can we get a teardown to confirm the ability to upgrade the storage?

@jeffeb3 - Can we get a teardown to confirm the ability to upgrade the storage?

No, thanks. But I did watch this video and it looks like one slot: As we both agreed at the time, we lost the “moral high ground” when we talked ourselves into using that other OS to flash that JL1 controller board on the $79 laser machine . And now this… you’re losing, if not already, your grip on what’s right and proper…

You did that, my hands are clean.

I do own a windows license now, but I make sure to always include the fact that I don’t like it. Maybe I have fallen down from my high horse. Time will tell. FWIW, every laptop I have bought has come with windows (and every computer, except raspberry pis). I would love to buy something like a system76 laptop, but I don’t have that kind of money to spend on my principles.

@dkj4linux & @jeffeb3 - You’re both spending my money! Luckily I have some spare cash leftover in the “Software License” budget.

That’s not far off of the price of a Windows 10 Pro license, so not bad indeed.

I’m not trying to sell anyone on it. But $100 for a windows license and a USB charger is a pretty decent deal. Getting the rest is a nice bonus.

Windows is actually not to bad with SUB storage if you had to. You can change the settings of a SD card port (if it has one) or the USB and slap a memory card/stick in there and make it work with the system. Works fine in a pinch in my opinion. My old shop laptop is dual booted and has little storage on either OS, so if I ever need more I will just drop a SD in and leave it.

You did that, my hands are clean.

I kinda felt you were “advising/encouraging” me to do it…

… every laptop I have bought has come with windows (and every computer, except raspberry pis). I would love to buy something…

I’ve bought my share of Windows machines, mostly refurbs… just to get nicer hardware to install Linux on. I have one pretty nice Lenovo laptop that dual-boots with the Win7Pro that came with it… and that is what I used to flash that JL1 board. Otherwise, I hadn’t fired up the Windows side in a couple of years.

Now I love my Chomebooks… just bought another one. I’ve bought Chromebooks for all my grandkids since they’re widely used in school nowadays. I’m staying a couple of years behind the latest and greatest for my personal machine… and now have a fairly high-end Acer 14", Intel I5, 8G ram, 256G, ChromeOS machine. I then “powerwash” my previous machine and hand it down to my daughter… and she hands hers down to the kids

When you enable DeveloperMode to get the Linux environment, which I do for all my personal machines, I can’t see anything at all to complain about. Light, thin, instant on, no issues connecting to my CNC machines, and Lightburn, Openscad, PrusaSlicer, Inkscape, etc all run beautifully. IMO it’s as nice a Linux box as I’ve ever had… and AFAICT I’m not missing a thing using one

You should oughta think about getting one to play with…

not to bad with SUB storage 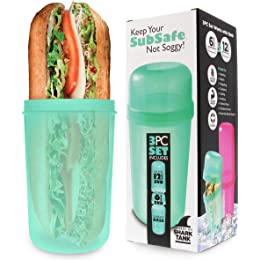 Looking again at the video (actually another one, more like a tear down), it shows a second smaller m.2 port (I don’t know the names, but it is half sized): In the video, it has a modem. I’m 99% sure the $100 one doesn’t, and it doesn’t have the camera in the middle of the keyboard for sure. So maybe I could get something like this and add it:

If you want an upgradable/fully open source laptop, look at the Framework laptop DIY edition.
You can still get these with Windows, but you don’t have to.

I’m thinking of getting one of these ASUS just to see how usable they are.
It appears to be a hinged “convertible” design and it does look like it would be a decent machine to run a JL1 laser with. There’s a microcenter about an hour from me, and that price is pretty tempting.
It looks like it can support up to 16Gb of RAM, so it would be decent if it had an upgraded SSD.

The hinge opens to 180, not more than that. And it isn’t a touch screen. So I’m not sure how convertible that is.

I finally got around to firing up the BR1100 that I grabbed on sale at MicroCenter. I think they’re still on sale.

The screen only fold flats, not completely around. The one I got does not have a stylus compatible touch screen, though there is an option in this family of machine to get that. There is a blocked-off spot on the base where a stylus would be if that option were fitted.

There’s a not-populated M.2 slot next to the one which is available for SSD. It appears to be for an LTE option that perhaps other ASUS machines in this family might be able to get.

The internal M.2 slot accepts a standard full-length NVME SSD, and I threw a 1TB in there before first power on. I couldn’t figure out where RAM was- it may be on the back side of the motherboard and I didn’t want to completely tear it down. The system is easy to open with 9 captive screws on the bottom and the keyboard assembly then can be popped and rotated forward away from the display hinges for access to the electronics.

The system came with windows 10 Pro education, and a full Office 365 installation. That’s actually a rather spectacular value for a $100 system.

It’s only got a 2-core celeron, and 4Gb of RAM, so it’s not a speed burner. The windows 11 compatibility check passed, so it will be usable for a while.

I failed in my first attempt to install a dual-boot Ubuntu 22.04 to the SSD that I added, something to do with GRUB not being able to install on the MMC which is the boot media for this machine.