I recently upgraded my MP3DP to a V2, and all the MDF and printed parts were just sitting there. I couldn’t quite throw them away. My son (who is 3.5yo) really likes 3D printers, but I don’t let him touch them, most of the time.

So, the obvious thing was to take the parts and put it back together, without all the danger and let him break it as often as he wants! 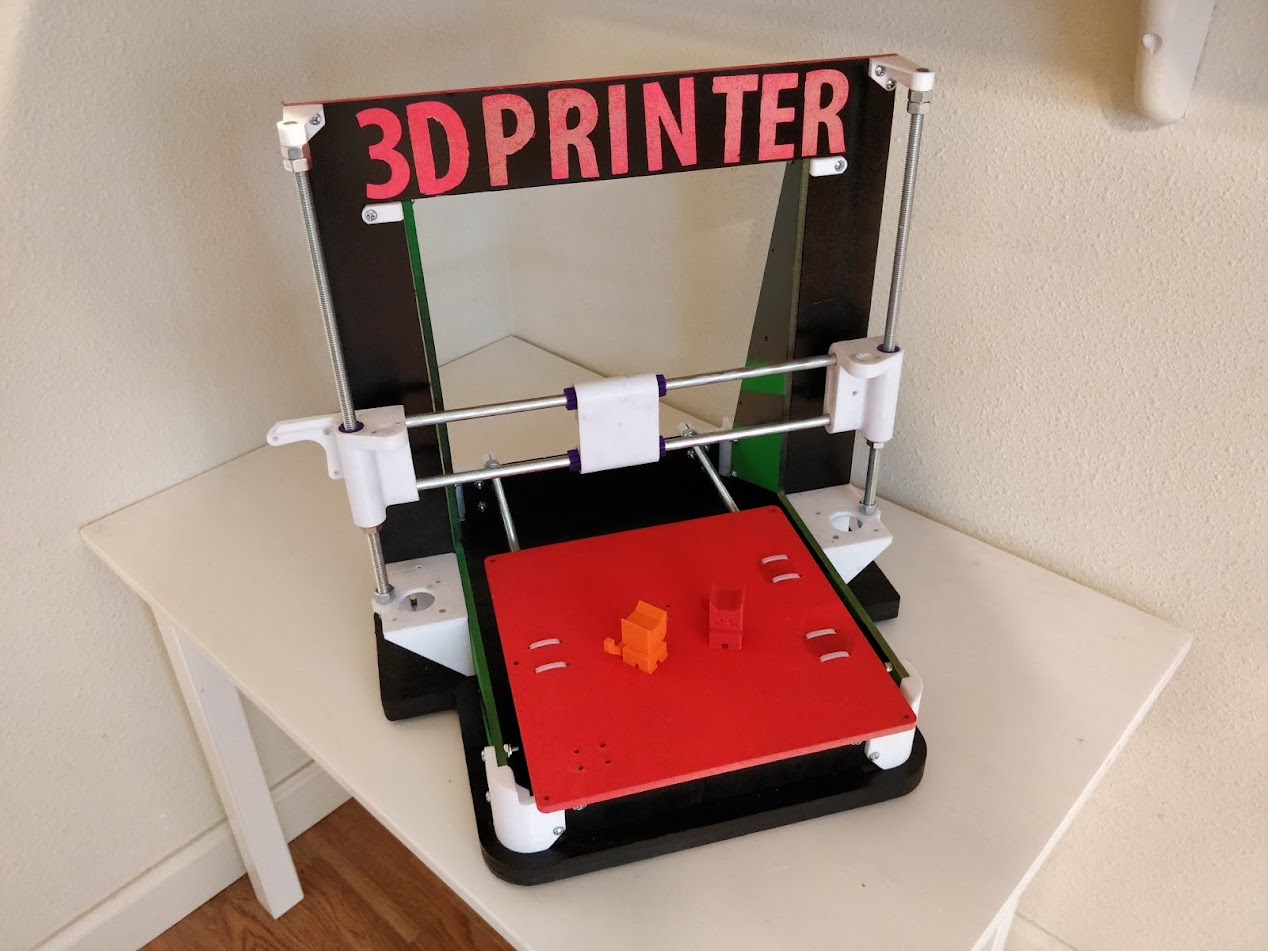 Here’s a short log of the build. We used all the flat parts and most of the printed parts from the original printer. We used a bunch of the #6-32 screws/locknuts and we also used:

Step 1:
Give the power to the toddler to pick whatever colors they want: 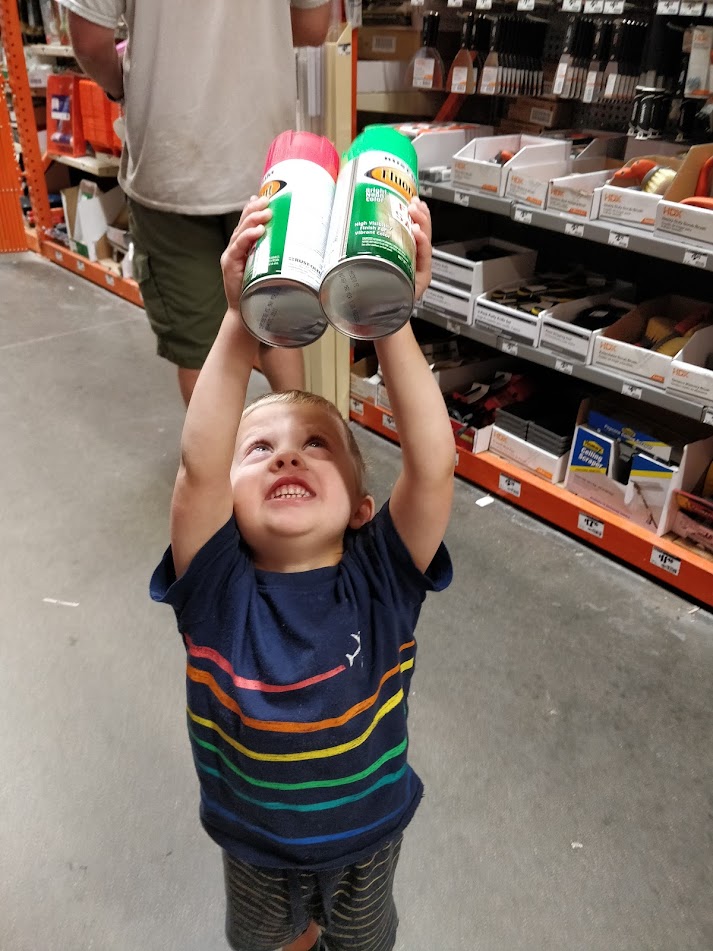 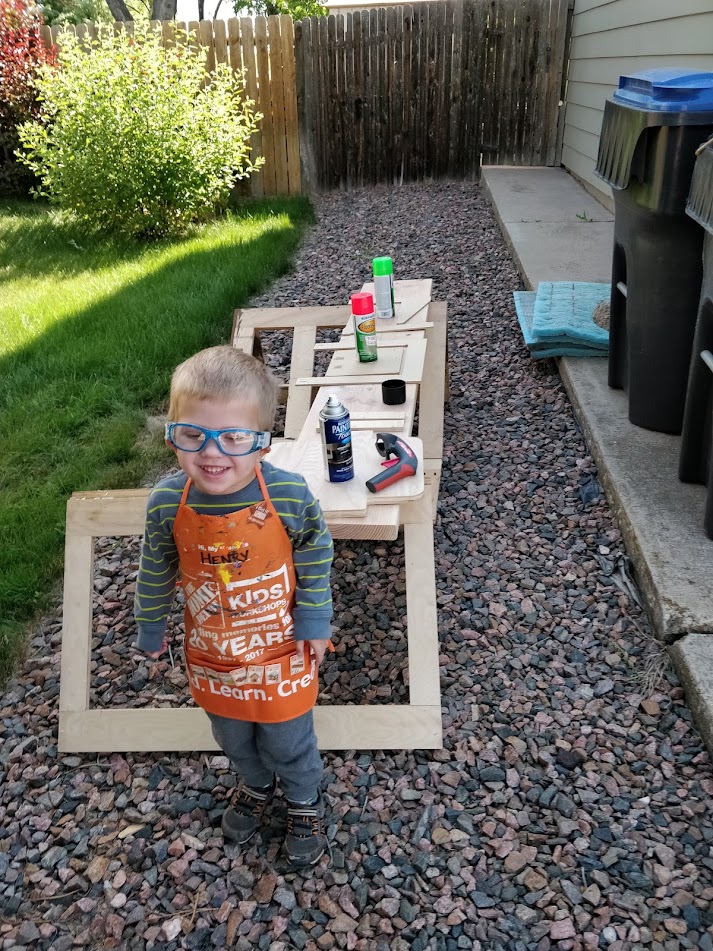 Step 4:
Add some letters, so it’s educational. We sprayed hot pink, then put on letter stickers, then sprayed black, and peeled off the letters. They weren’t 100% straight, and they peeled off some of the pink (I think it was dryish, and the hot sun melted something in the sticker adhesive to make it dissolve the pink paint). We also did two colors on the sides for some green stripes. It was fun seeing him figure out WTF I was doing with the tape. 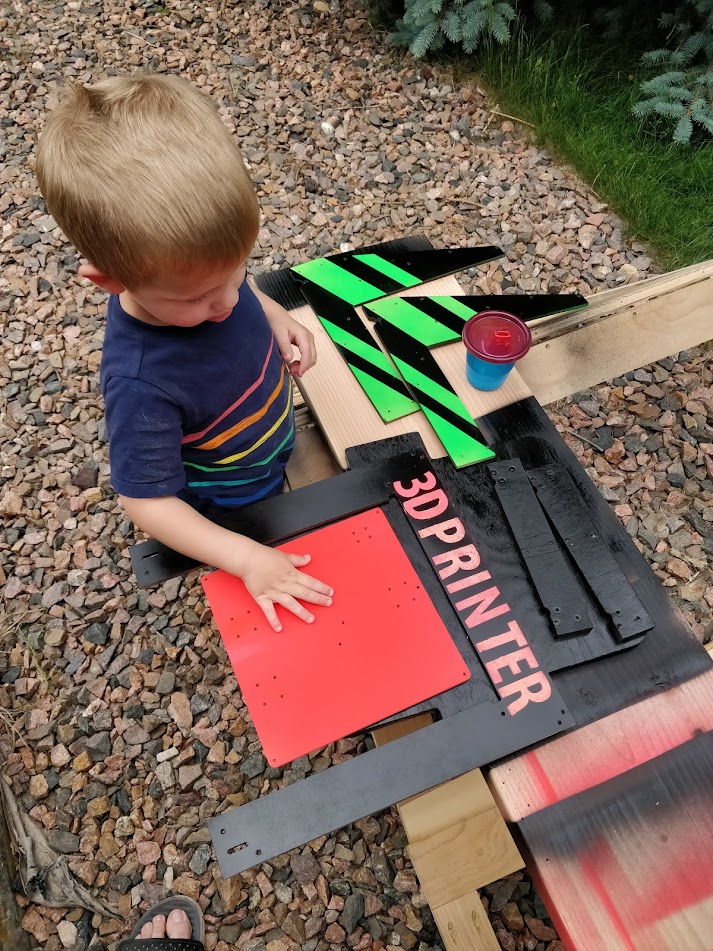 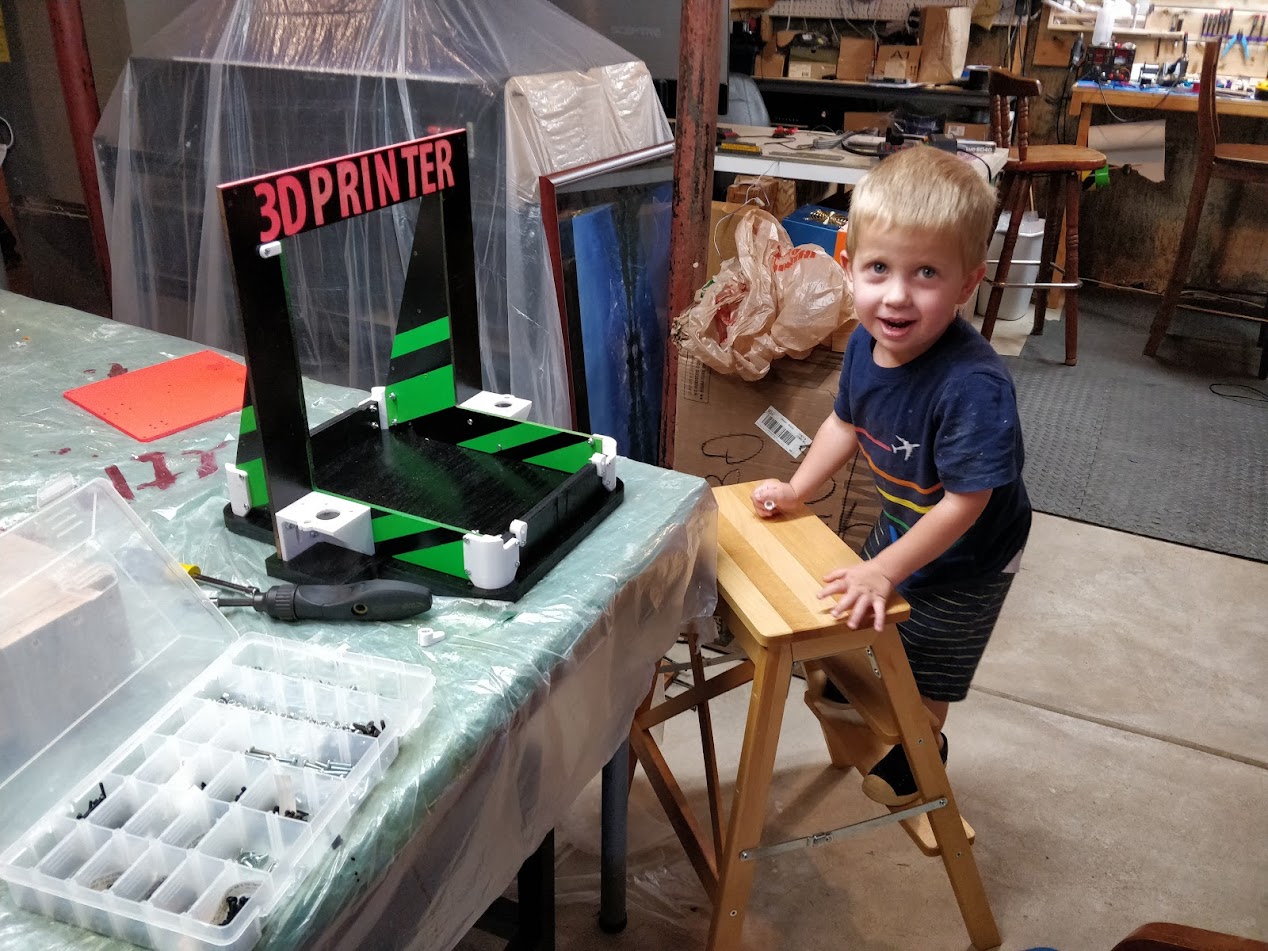 Step 6:
We used the threaded rods for the Y and the Z axis. I found only 1 smooth rod at Home depot (and it rang up as $0.01, so I don’t think they sell it anymore). With the printed bushings, he can move these axes around and they stay put. On the Z axis, I put a nut at about the minimum height for the Z, just to keep it from crashing all the way down 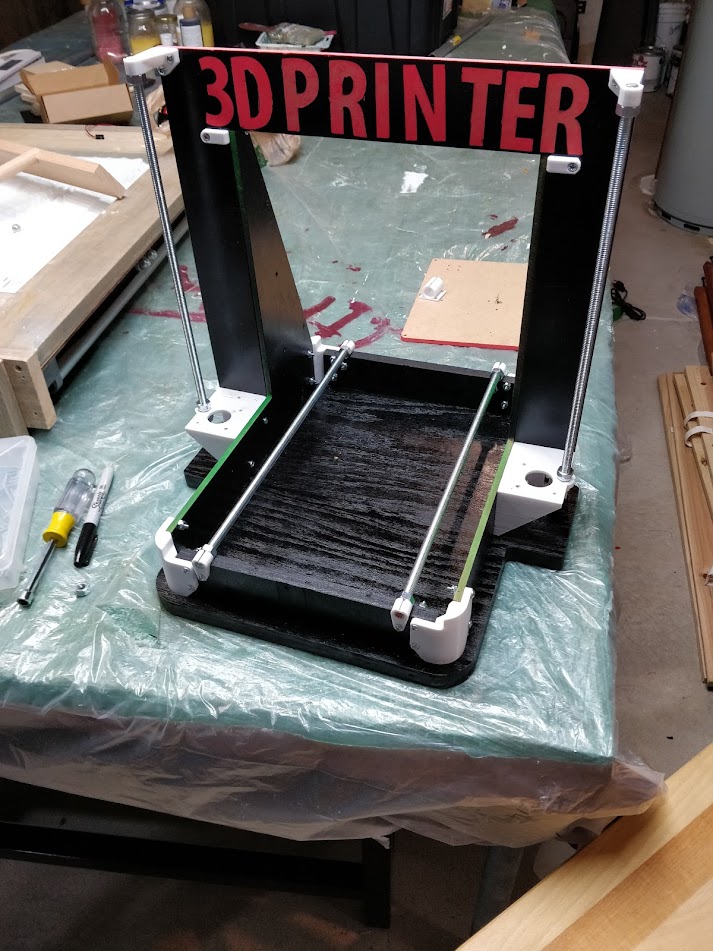 There are a few more pics in the album here: 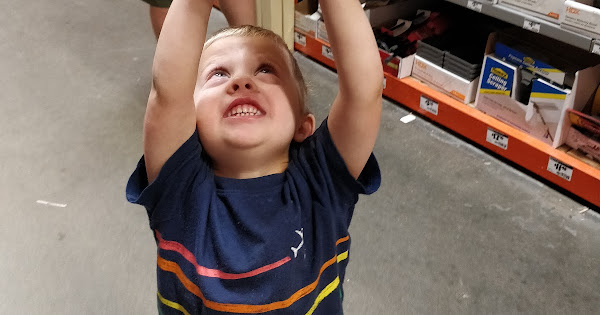 He is vey proud of it. He doesn’t play too hard with it, and anyone that comes over gets the whole story.

The thing he keeps asking about is, “Um, I think maybe we should add some wires next, OK?”. I think I have two spare steppers, I will hook up the X and Y so I can put some belts on there too (belts are the most fun to watch). I will also solder up a dummy board, and give him a handful of dupont wires to make a mess with. Maybe when he’s older I will hook up the X and Y to an arduino and make it draw a circle, or square with some button pushes… I probably won’t, but it could be done! I honestly think the biggest problem with something like that is just the power supply. If it could drive the motors from a 9V battery, it would be safe enough.

Too freaking cool! I wasn’t trusted with spray paint until much older…and when my dad wasn’t home. I always got the paint brush…lame.

He would probably prefer remote control over any kind of autonomy. I don’t know if I’ll ever get there, but that is a good idea. Either stripping a two track RC car, or even just keeping the steppers (which have the advantage of being easy to mechanically fasten to the printer) but adding in a few joysticks to make it move.

You could put two 9V batteries in series and run the motors on 18V.

It would still be fairly safe.

Or just scavenge some 18650 batteries from some old laptops or battery banks and build a small 12V battery pack in an enclosure. In which case you’d just need a charge controller to monitor the battery, which is fairly easy to find and very cheap.

Best dad ever. I got all warm & fuzzy reading this.

This wasn’t actually a 3D printer. Just a you at this point.