I put in a parts order… did I miss the mail drop for today?

Coming right along…
But my stash of orange is running out. I may have to go with a bright green I have to finish up. 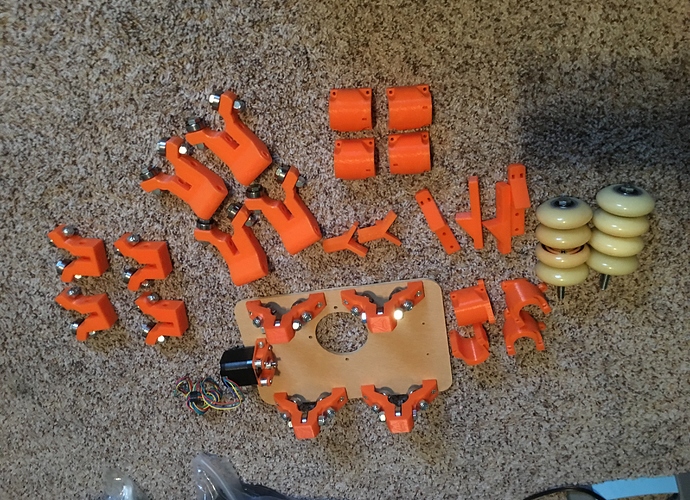 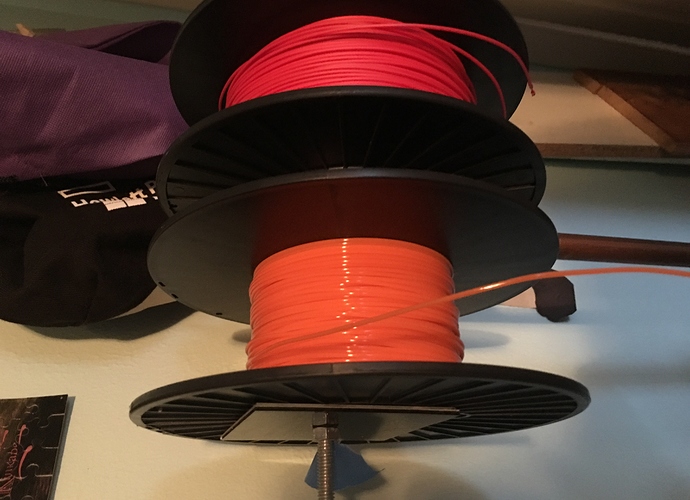 I do have some green wheels coming in, not sure of the color though…Might have to do a swap to keep things lookin good.

so… how does the vacuum hose hook into this… I think It should be obvious, but I’m missing it…

If your vac hose does not fit on one of the 2 barbs you will need a reducer or if it is close you can split the hose. I have a reducer on mine I believe and use it as a coupler.

doh! knew it was easy, I completely overlooked the dust shoe in the spindle part list. 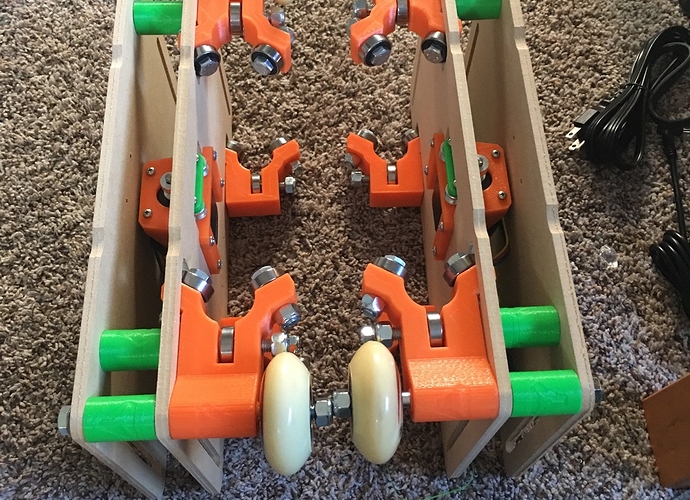 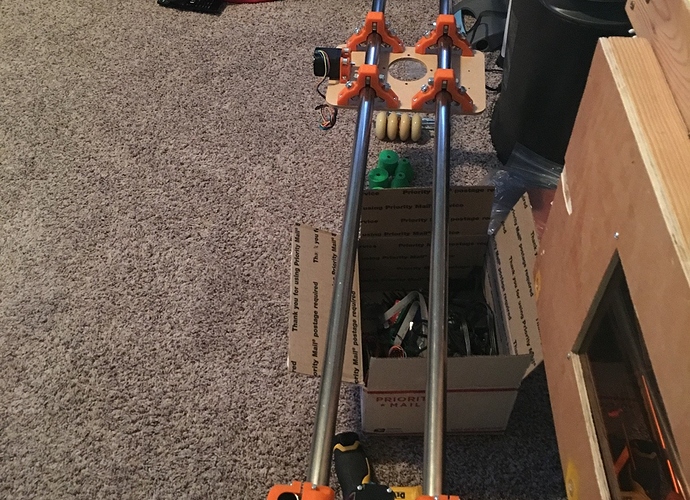 You may want to document the LCD pinout for the Rambo board. It wasn’t immediately obvious to me… my first thought turned out to be right… but may be worth a picture or two.

Okay. I screwed up the inventory and ended up selling my rambo. No pictures until Monday.

I have one of your Rambos…

What do you need pictures of?

The Mini-Rambo all wired up for clarification.

Tomorrow is wiring and power. Saturday is cutting things.

My wife asked "how many more Cnc’ are we going to have in the house?

I replied, “they are in the garage, not the house.”
However, a 3d printer, laser, mpcnc, and low rider should cover all my needs…

Whichever device needs a runout now has one…