Yeah, I originally considered hacking the keyboard definitions to ignore every 10th semicolon, but decided that would be too much trouble. It was easier to either set up an alias or stuff a sed script earlier in the default path.

The directory thing was only useful for people who never bothered to learn the system, and just did the point & click X11 stuff to do their classwork.

The popular prank at my school was to change people’s desktop backgrounds to images of unicorns when they left their workstations unlocked. It was a little goofy to change the background (for people used to windows, at least) and the backgrounds would come with you to any workstation you logged into.

- This was truly old school pranking.

And now this topic is really “off-topic”, sorry Ryan.

We’d sometimes change their Navigator homepage to something embarrassing, but usually just send them a snarky email from their own account. But then again, we were the student operators, and theoretically had higher standards of behavior…

okay, that is awesome. I am going to have a go at that myself…

Never leave your laptop unattended at a Hacker convention… 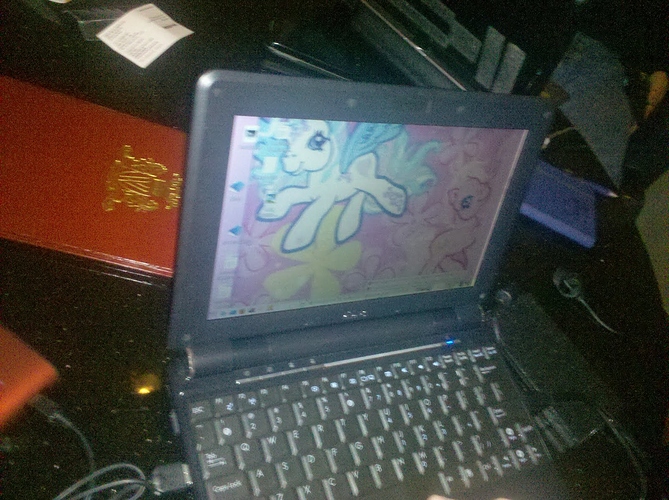 Are you kidding? That is an awesome desktop!

In the drone community the admins release “nightly builds” of release candidates before a new version of the firmware is released. All tested free.

That is currently what kinda happens here currently but there is no drastic need to ever really update your firmware (some are running years old versions) unless I let everyone know there is a new feature, by then it gets ugly. No one ever checks in to confirm everything works, only if there is an issue so I never really know if it has been tested unless there is an issue. So lately I have been trying to test them most the way myself and then when confirmed I “tag” them as a release. There is also a branch with updates every 4 hours, I think it is set at, but not once have I heard anything back from anyone about those. Different types of firmware models I suppose, we are no longer getting drastic improvements it is mostly new boards added and that breaks old things.

This is kinda what I am looking for a person for each branch that is willing to run a few minute checklist and report in when I want to do an update.

- This was truly old school pranking.

And now this topic is really “off-topic”, sorry Ryan.

Did that once at a warehouse job. Chick always walked away without logging out. She didn’t get back to it until after I left, though, and had to wait until the next day to get her work done, lol.

Got a guy at work right now who always procrastinates and hasn’t bothered writing any vba to do his job for him. His workload just doubled on the presumption he’d done what he was told. I modified one of my Excel routines (that I’m pretty certain he’ll ask for) so that instead of doing a job, it says it will, but then gets all the file names from a large folder we all have important stuff in. Then it puts the name in the status bar with “Deleting…” and gets a new name every half second. Ought to make him wet himself…

When I was deployed to Oman after 9/11 there were a lot of “coming out” emails, and “free beer at the deck” emails from folks who left their workstations open. It was a really nice deck though. 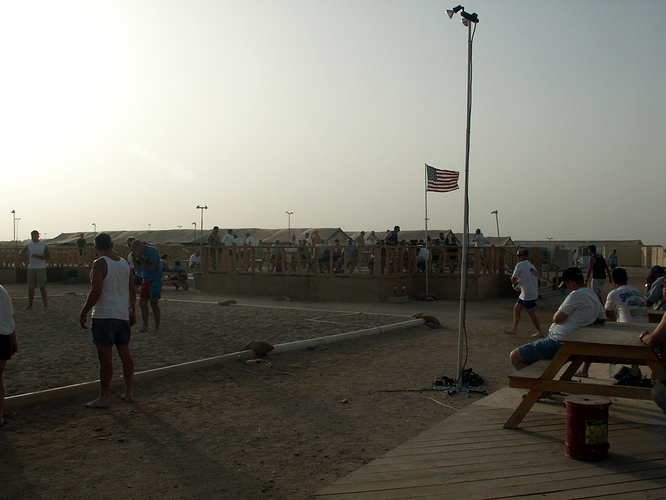 so I believe I learned a thing or two while working at Intel in their manufacturing test division… You actually have two levels of tests you need to do with each new build, and they are best handled by different people. The first test involves everything you changed. You need to make sure your changes did what you expected and that they didn’t muck with stuff that’s really similar but different from what you touched. Search and replace can really bite you there. The second test is always the same, it makes sure that the stuff that worked before still works. That’s usually handled with the same type of scripting that Tom was talking about. You need a fairly high level tester for the first tests, because they have to understand enough to be able to find logic bombs. The second test just takes someone who doesn’t get too bored by following a script. Most of the time they are just going to report ‘it still works the same’.

Back in my Amiga days I had a screen saver that took your desktop and allowed little bugs to gradually eat away at it. I also have one with broken screen cracks over it…

I think I am going to try this out…As always If I make any significant changes I will test the crud out of them. Arc’s are a good example recently. As for regular catch up firmware updates I am just going to assume it is good. I will test on whatever boards I currently have plugged in rambo/mini/archim. I will try to put some sort of links to the current “tagged” version (most current “tested/confirmed” version) on the firmware page. I will just keep the github up to date every so often on some sort of schedule and make a post asking for some confirmations with hopefully some sort of checklist. I figure some people do enjoy the firmware side and might be willing to invest a few minutes after the flash to verify the basic things are working and someone can carve and get a crown with it.

Things like the current eeprom issue are rarely used (had it turned off for years) and hard to test for. those that use it regularly will surely pop in and say it is broken.

So I will make a note to update soon and start a new test thread.

Well no fancy test protocol yet but I am running updates for #421 Rambo, Archim, Mini (CNC) if you want to dive in and give them a look. If all 5 check out I can get to the zen, mp3dp and ramps.

My only concern is, what if I install and test and update and temporarily brick my setup? Not likely due to any update you’d let loose in the wild, but maybe thru my own carelessness.

You can’t brick it (as far as I know), worst case you need to flash the previous version so have it on hand before you update.

For now it is pretty easy, flash and run any gcode you have previously (even just in the air), or the crown. If all is well nothing should be different (except the eeprom should work this time).

I’ll throw it on my rambo later this afternoon. Gotta wait for it to warm back up. Was in the 50’s all week, then yesterday it was freaking snowing/raining. Figures, I had to work outside yesterday. Wind kept trying to blow me off the ladder. Did a 1 mile point to point wifi shot for a client’s parents house. Their old farm house sits about a half mile off the road behind their field, and the cable company won’t run a line. His shop is across the street, about the same distance, but since it’s a commercial property, they’d run a line. Now he has wireless links to his house, which is a couple hundred yards from the shop, and his folks place. Unifi point to point radios make it stupid easy, got a 97% signal just lining it up by eye! Now instead of shitty satellite the folks get 20/10Mbps over the wifi.